Our First Trip to the Emergency Room - Pictures Added

4pm is an important time at the local park.  It marks the end of soccer and the beginning of volleyball.  We sat beside the fields patiently waiting for volleyball time, eager to play with our new friends.  Unbeknownst to us, the Lord had different plans.


In a small dirt home by the park a 3 year old girl named Cecelia was writhing in pain and screaming out in agony.

The previous day when she was playing outside her house a moto zoomed by and hit her.  Somehow she got tangled up and was dragged down the street.  After her fragile little body broke free from the moto, she tumbled to a stop.  There she lay, a bloody mess, as the motorist sped away.


Cecelia's parents took her to the medical clinic here in San Hilarion where she received basic care (some cream and a couple bandages).  Here in Peru, everyone receives basic care if/when it's needed. However, if patients require additional treatment they must show proof of payment before any further care is given.

For Cecelia, the treatment she needed would have cost money that they didn't have, so she had to go without.

As we sat waiting for volleyball to begin a woman approached us.  In Spanish, she informed us of Cecelia's condition and asked for our help.  Although we understood only a bit of what she was saying, we rushed home to get some medical supplies and then went to Cecelia's house, begging Our Lord the whole way to compensate for our inadequacies. 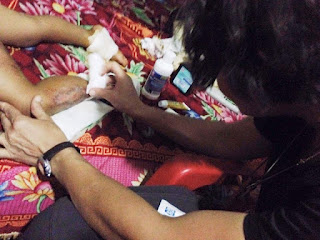 Cecelia's wounds were badly infected.  Despite our efforts to clean them out, put Neosporin on them and wrap them, we knew she needed more.  We abandoned our plans for the afternoon and gladly accepted the Lord's plans.


Our missionary friend, Taylor, drove us through the mountains to the Tarapoto urgent care clinic which is 1.5 hours away.  We were relieved when we finally arrived, but were quickly discouraged when the doctor and nurses would not see Cecelia.  We assured them payment, but they were still reluctant to help even though it appeared that there weren't any other patients there.  Thank God that Taylor had previously connected with a wonderfully compassionate doctor who offered his advocacy services for the poor.  After this doctor friend became involved, the urgent care staff became more cooperative.  It was heart breaking to hear Cecelia screaming for over 20 minutes as the doctor scraped away all the infected skin on each wound.  They dressed her wounds, X-rayed her potentially broken ankle and prescribed some antibiotics.  The doctor had the X-ray in his hand when he informed us that we would have to return the next day for the results.  We described where we live and the tremendous expense required to return, but he assured us that they had done all they could for the night.

The next day we took Cecelia and her mom back to Tarapoto for a 3:00 p.m. appointment.  We sat for hours as other patients were cared for.  Thank you Jesus for the opportunity to suffer alongside the poor who receive only the treatment they can afford.  Around 6pm the doctor finally invited Cecelia and her mom into the consultation room to tell her that her ankle isn't broken.


We thank each one of you praying for our missionary work here in Peru.  We can feel the Lord's presence inside of each moment.  We also thank each and every one of our financial supporters.  We used your donations to pay for our transportation to Tarapoto, Cecelia's care at the hospital and all of the medications required for her rehabilitation.  Each time I looked over at Cecelia curled up in her mom's arms crying, I saw Jesus.  Praise God that together we were able to care for Him when He needed our help. 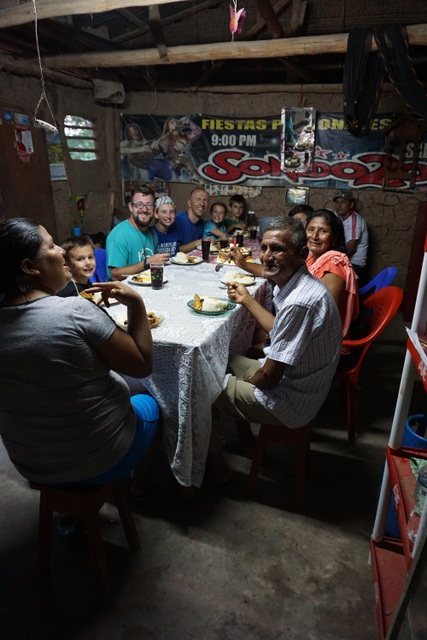 
Following are a few more pictures from her birthday celebration. 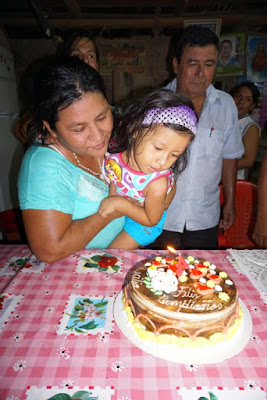 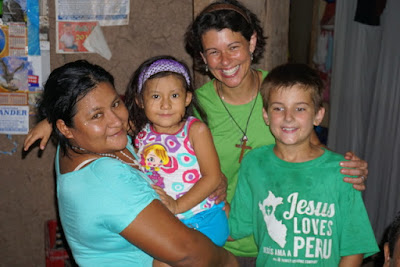