After a bit of confusing conversation with a group of women and their kids we surmised that one of the women needed to go to her parents' house.  Just to clarify, we asked in our best Spanish, "Do you need to go to your parent's house?"

"Yes, next Thursday" replied the woman.  She explained where her parents live and asked if we could drive her there.  Although we weren't familiar with the specific pueblo, we know the area and felt confident our van could get us there.

"Yes, of course" we replied without a real understanding of what this woman needed.  Unsure of what our "yes" meant, we handed it over to the Holy Spirit and picked a meeting spot.

This morning we arrived at the designated location only to find a different woman there with her five kids.  We know the woman who was waiting because we've helped her several times with food, school uniforms and other necessities.  "Where is the other woman?" we thought, "Why is this woman here with her kids?"

Are you confused yet?  We were for sure!!

We smiled, rolled down the windows of the van and said "Good morning."   The woman opened the van door and piled in with her kids.  We laughed and asked, "So, where are we going?"  She explained that she needed to go to work in a chacra (farm) and guided us through the turns and up steep, rocky hills.  As we rounded the last corner, we saw the woman that originally asked us for a ride.  "What is going on?" we wondered.

As it turns out, all of them are related (four generations).  As a way of saying "Thank you" for us helping the woman with the 5 kids, her mom and grandparents wanted to have us over for lunch. They wanted to just spend the afternoon together.... who would have guessed???

Following are some pictures from our unexpected lunch gathering... 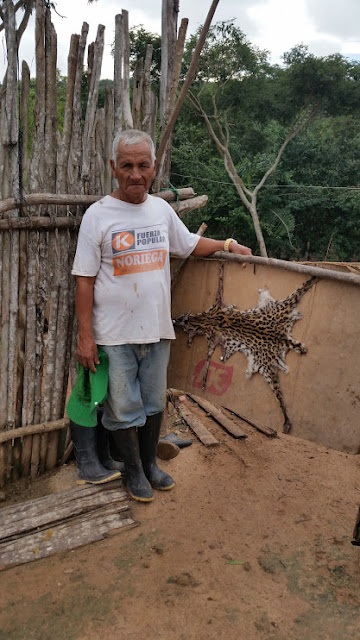 When we first arrived the great-grandpa showed us a jungle cat that he had killed the night before.  They eat the meat and then he sells the pelt in the city.  Usually, he gets "large" ones, but he won't pass up the babies.  When we asked what "large" 'meant he put his hand up above his waist. 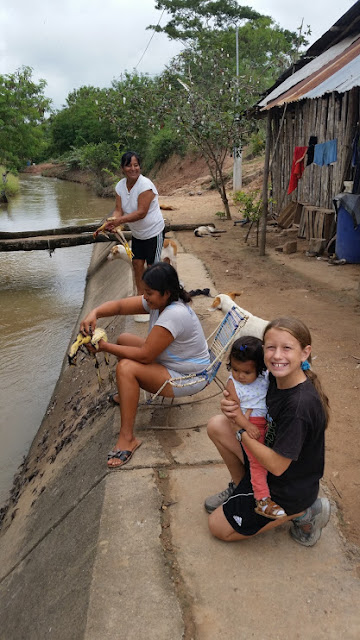 Shortly after we arrived, the great-grandma caught a couple chickens that were running around the yard.  The grandma and mom killed the chickens and then cleaned them in the canal. 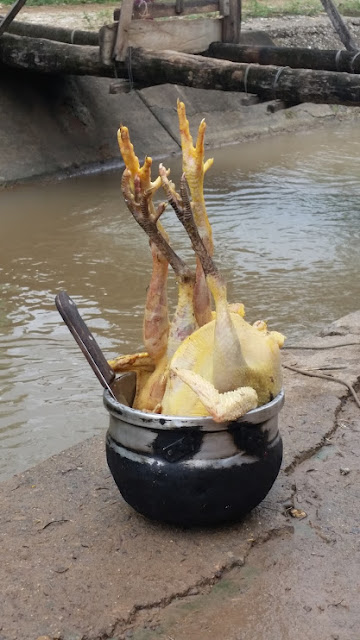 When we first arrived it was startling to see lunch in such a raw state, but now it seems perfectly normal. 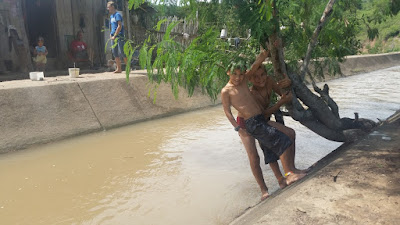 As the women were preparing lunch the kids swam in the canal... yes, the same canal that they just dumped the chicken guts in.... 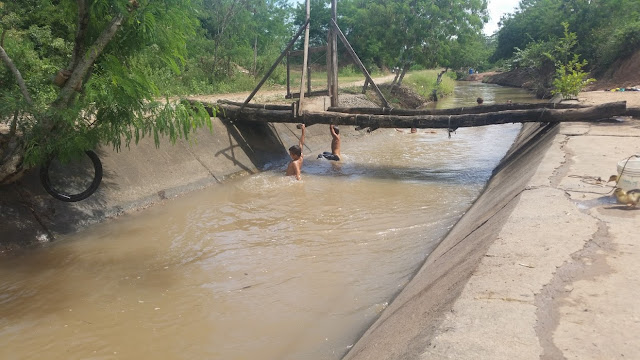 Our totally confusing attempt at being helpful ended up being a delightful misunderstanding.  We had wonderful conversation, laughed all morning and had the chance to get to know them all better.