"Psst!! Psst!!
What is her daughter rubbing all over her?"

Our family, along with a group from church, gathered in the home of a woman dying of cancer to offer our prayers, support and love. As requested by the dying woman, we took our places around her mattress, which laid upon the dirt floor, and began lifting our voices in song.  Her immense pain was felt by all as she trembled and moaned. The louder she wailed in agony, the louder we sang.  As we laid hands on her I prayed for relief from the tremendous suffering.  I felt inspired by the Holy Spirit to beg the Lord to break through the walls that had been built around her heart which were keeping Him out.  I imagined His love and mercy washing over those walls and flooding her with tranquility.

While we were praying, her adult daughter began rubbing oil on her abdomen and legs where the cancer was attacking most aggressively.  As she applied the salve, the daughter repetitiously mumbled and stared off hopelessly.  I didn't think much of it until I noticed the label on the bottle.  It was a potion from the witch doctor. 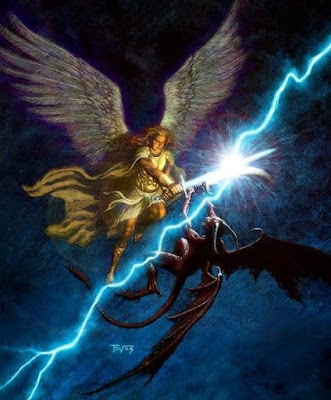 The nature of my prayers changed instantly as I became aware of the spiritual battle that was occurring right before my eyes.

When the group arose to leave I was unable to move from her side.  I clenched her hand and kissed her head.  I was afraid to leave her in such a vulnerable state.  I reluctantly asked the daughter if I could place a miraculous medal and a hand-crafted crucifix around her mother's neck.  Praise God, she agreed and helped me lift her head.  As I explained the significance of the two items the daughter listened intently...for a moment.  Then, she returned to the bottle of lotion and generously applied it to all the areas that we had touched.  Before leaving I asked if we could return the following day for prayer.  Reluctantly, she agreed and I quietly walked out.

When our group arrived the next night there was a buzz in the air.  Small groups of people were huddled together in front of the house. They whispered.  They pointed.  Finally, someone approached us and explained that her adult children had come from Lima with an "expert witch doctor" who was in the process of curing her.  They insisted we left as to not upset the visitors, but I begged our group to stay.  Fervently, we prayed the rosary outside of their front door and begged Our Blessed Mother to intercede on her behalf.  The battle continued and the devil's presence was tangible. 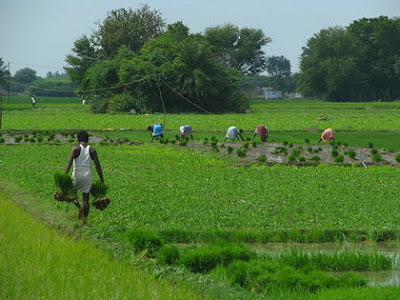 Later that night we learned that the family paid the witch doctor 10,000 soles, which is the equivalent of about 200 days wages in the local rice fields.

Obviously, the witch doctor's potions did nothing to stop the cancer from completely taking over and everyone knew the end was near.  Although our friend could hardly speak, she managed to communicate her desire to see a priest before she passed.  Discouraged, betrayed and hopeless, her children acquiesced and allowed us to visit with Padre Paco, our local priest.  We filled her room with songs of praise. We surrounded her with love and prayed altogether.  Padre Paco was able to hear her last confession, give her communion and anoint her.  Despite her excruciating pain, she suffered quietly and felt ready to die...which was mystifying to her children.

Two days ago our friend died.  Shortly afterward her children sent word and asked if we could lead the family in prayer, which we were honored to do.  As part of the funeral service (in their home) we prayed the rosary altogether.  As I walked around passing them out, I humbly offered rosaries to the sons who were visiting (again) from Lima.  Without making eye contact, they both accepted my offer and clenched the rosaries in their fists. 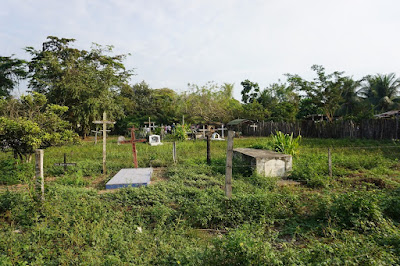 Today, we joined the family at the cemetery to bury their mom. 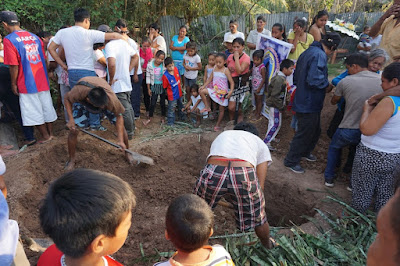 We waited patiently with the community as her final resting place was prepared. 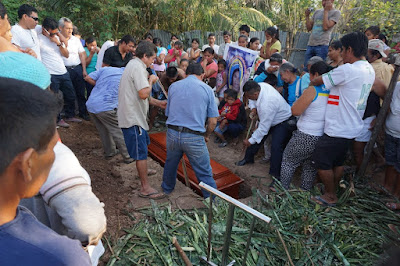 Before they lowered her into the ground they asked if anyone had any last words.

I acknowledged my limited ability to speak Spanish and asked if I could pray over the casket in English. They agreed and made a path to allow me into the inner circle.

After I was done praying I looked up and
saw her children huddled together...
...wearing their rosaries.

Through their tears
they smiled at me and said,
"Thank you very much!"

Through my tears
I looked up to heaven and said,
"Thank YOU very much!"

Witchcraft and occult activity are not things of the past that kids read about in their history books.  They are a very real part of life that people experience in their homes and kids encounter in the schools.  Recently, a young man that we've gotten to know well shared a personal testimony.  He explained that when his aunt was dying of cancer his grandfather sacrificed her and used her blood in satanic ceremonies. We are currently praying for his safety because the same grandfather is battling for his custody and threatens to sacrifice him as well.

Please join us in praying for an end to witchcraft in Peru.