Thursday is our day off; our day to relax and have fun together as a family.  Sometimes we stay home and play games, other times we head out for a swim or hike.  Last Thursday we wanted to explore a waterfall in a nearby valley that we'd passed several times, but didn't know anything about.  It was sprinkling and fog was settling in, but a little inclement weather never stopped us before.  As we wound through the mountainous road, enjoying the beautiful scenery, we were startled by an oncoming motorcyclist who stared intently at us and shook his finger back and forth as if to say "No, no, no!!"  Chris and I had mixed feelings about his obvious warning.  Were the roads unsafe?  Was there a mudslide?  Did he object to the "Jesus Te Ama" messages all over our van? After praying for protection against whatever trouble may be ahead, we decided to continue on with caution.  At each bend we scanned and assessed, trying to determine what this cryptic warning might mean, but everything seemed fine.

As we entered the town of Shapaja we smiled and waved at those sitting alongside the road or standing outside their homes.  Unlike ALL our other experiences, the people were stoic and seemingly bothered by our presence.  It was noticeable, but we dismissed it and continued on.

We arrived at a small hut which was the entrance to the waterfall hike.  Chris approached the two workers, made small-talk and inquired about other waterfalls in the area.  Their response was memorably odd: with shifty eyes they kept staring at our van, they contradicted each others statements and stared off in a weird trance. It was odd, but we dismissed it and continued on.

We were startled during our hike by a young man dressed in a soccer uniform who approached us from behind swinging his machete.  He asked me a few questions that included many words I didn't understand.  I could tell he was inquiring about our van, but not much more.  I simply smiled and apologized for my limited language skills.  It was weird, but I dismissed it and continued on.

The hike to the waterfall took us about an hour.  Along the way we saw several brightly colored frogs, enormous ants and beautifully colored butterflies.  Science class was in session as we examined the creatures, the mosses and jungle plants.  When we arrived at the beautiful cascades we were a bit distracted by the soccer dude who was chopping a tree with his machete nearby.  A few moments later I glanced over and he was gone...weird.

We enjoyed swimming and playing in the waterfall for a while before starting our hike back out.  Although the hike was wonderful, it wasn't much different than the countless other hikes we've taken in the past.  What was different was how our kids were acting.  For no reason that we can remember the kids started talking about whether or not anybody would come looking for us if we didn't return.  They asked about what would happen if something happened.  We assured them that everything was fine, but all felt the need to "pick up the pace a bit".  As we rounded each turn there was an unsettling feeling that is hard to describe.  When we came around the last bend and saw our van we quietly signed a bit of relief and continued on.

We were all hungry and planned to stop for lunch in the town, but as we drove through again we encountered the same unfriendliness.  Paired with our other weird experiences, we decided to get lunch somewhere else. 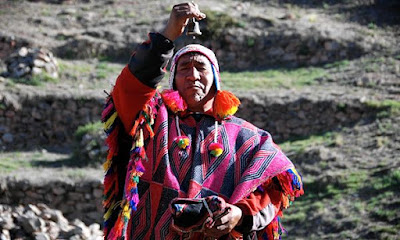 A couple days later we shared our experiences with a friend who told us directly never to go into that valley again.  Six years ago two missionary priests "disappeared" from that town and have never been found.  After investigation, church officials believe the priests were captured and killed by local shamans.  The bishops have issued a declaration forbidding all missionaries to enter this region as it is deemed unsafe, but we had no idea.  This declaration was just recently discovered by our group after a fellow missionary went there to inquire about the possibility of having a team retreat at one of their many "cute" resorts.  When he and his Peruvian girlfriend were in the town they were taunted and mocked.  Little boys threw rocks at them while chanting "bruja, bruja" which means "witch, witch" in Spanish.  After returning home they did some research and found that this valley is a hotbed of occult activity.  People come from all over the world to visit the shamans and participate in "alternative" therapies, which sometimes include human torture and sacrifice. 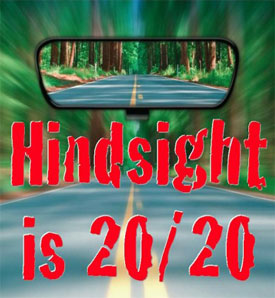 It is often said that "hindsight is 20/20."  As we look back on the many "strange" encounters we had that day, we realize that we missed the signs of the potential danger which was lurking around each corner.  The experience has been a blessing because it prompted serious conversation in our family about recognizing the signs that are placed before us which are meant to guide our steps. 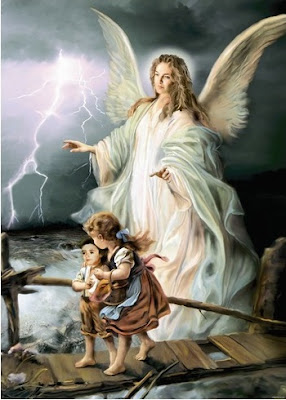 We constantly pray for protection against the unknown.

I've written this blog not to alarm or frighten you, but because we believe in the power of prayer.  We NEED your prayers because we never know what may be lurking around the bend.