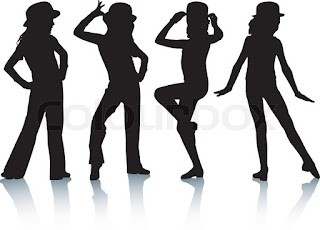 Each one of us has special gifts and talents that the Lord desires us to use for His glory. One of Anna's gifts is dance.

When we first arrived in Peru we weren't sure how the Lord would use Anna's gifts to preach the gospel and serve the poor, but He has.


In September, Anna began a Christian dance ministry at an all-girls boarding house in Shamboyacu, which is a village deep in the jungle about two hours away from us. 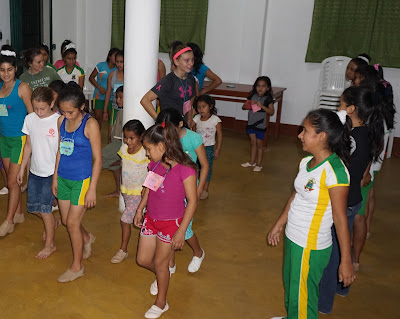 When we first started visiting, Anna's objectives were simply to get to know the 25 girls and teach them the basics of dance.  Since most of them had never had any formal dance instruction it was a little rough in the beginning.  Anna kept her spirits up and persevered. After a few classes, Anna was able to begin teaching them (in Spanish of course) the moves that they would later perform during the recital. With each class the girls improved, but progress was slow because we were only able to visit a couple times each month and sometimes not at all when the roads were impassible due to recent rains.


A few weeks before the scheduled recital we found out that the girls would be performing for the bishop.  This was an incredible motivator.  The girls took rehearsal more seriously and Anna was able to make tremendous progress. 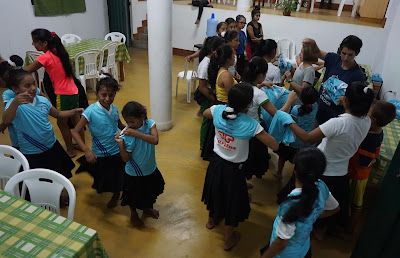 The week before the recital we delivered the girls' costumes.

Each girl received a beautifully modest shirt that Anna designed.

The girls here typically wear very skimpy clothes, so part of our ministry has been teaching them the importance of dressing modestly. 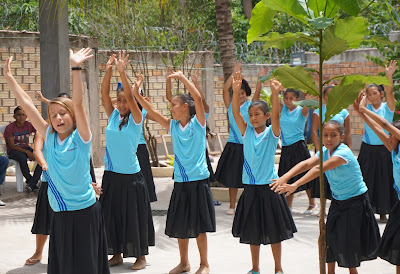 We also gave each girl a long black skirt that was hand-made by a woman from a native tribe.

This was a welcomed addition to their wardrobes, which in many cases did not include even one skirt suitable for church. 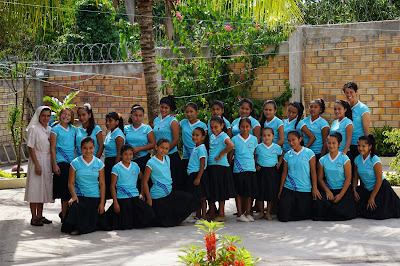 As daughters of the one true King, the girls looked and felt like the beautiful princesses that they are!!


Here is a link to the video of their recital: https://youtu.be/XkM5KME0Lq8