Firsthand Experience with the Medical System

What is the difference between poverty and destitution?

Who should receive medical care and who shouldn't?

Will the chance to attend school bring a child closer to Jesus? 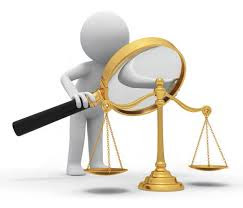 These are only a few of the questions that keep us up at night. It may sound crazy, but one of our greatest challenges is discerning how best to use the funds entrusted to us to bring people closer to Christ.  We had an experience recently that I want to share to shed some light on the difficulties we face.

Vilma is a very poor 67 year old woman who was abandoned by her husband a decade ago. She has a son in prison whom she tries to supply with basic necessities such as toilet paper and toothpaste, but she often is unable. Her adult daughter disappeared years ago, unconcerned about the child that she was leaving behind. Vilma has other children who have moved to Lima to make a better life for themselves and rarely even call to see how their mom is getting along. Vilma seems to toggle behind resentment and indifference. When she comes to church she often appears lost in her own thoughts and rarely participates.

Last October we learned that Vilma had been suffering from prolapse for over ten years. It had gotten so bad that it was painful for her to walk. Although her condition was horrible, it wasn't much different than countless others here who live with chronic pain because of inadequate care. Vilma begged us to pay for a consultation so that she would know better what was wrong. Although we were hesitant, we agreed. Once this door opened, it was hard to close. Vilma tried to pressure us into paying for an operation that, without insurance, would cost $920. We refused and encouraged her to complete the application for free coverage. Vilma was angry because the process is lengthy and arduous; however, with help she was successful in obtaining government assistance. 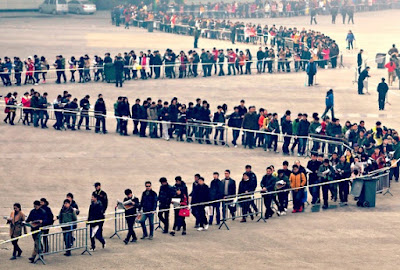 Knowing that the operation would be significantly cheaper with insurance, she approached us again begging for help. We felt terrible that Vilma was suffering so greatly, but felt scared that if we paid for her medical care a line would appear outside our home of others expecting us to pay for their treatments as well. We were afraid, but refused to recognize it for what it was. Instead, we convinced ourselves that our speculation was a logical and probable outcome. After telling Vilma "no" our hearts were heavy and we realized that we never even prayed about it. 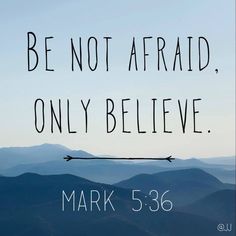 At this moment we recognized our own fear. The devil had successfully tricked us with his lies.

After more prayer and discernment we returned to Vilma and announced our desire to help, although we had no idea what that would entail. 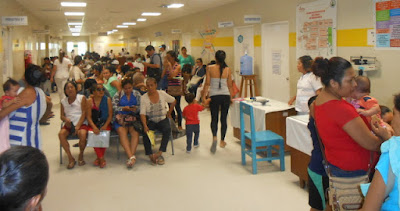 Over the next several months we made countless trips into the big city as we navigated the complicated and confusing medical care system. Vilma knew nothing about the system and I knew even less.

Collectively, we spent days waiting for doctors that were too busy to see us.  We slowly moved through lines without realizing (until it was too late) that we lacked the necessary paperwork. We patiently anticipated Vilma's name to be called by nurses who didn't even have her name on their lists. When our frustration got the best of us, we sought the help of hospital staff members who usually just waved their arms in seemly random directions and rattled off instructions that neither of us could understand. Oh, the Lord provided us with so many opportunities to grow in holiness!! 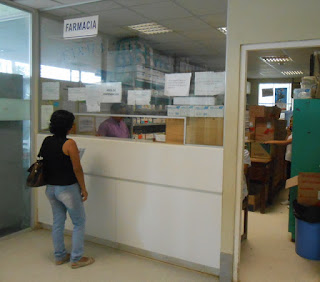 When Vilma finally received a surgery date, she also received a long list of items needed for the procedure.

Some things could be purchased at the pharmacy inside the hospital, others were available in the pharmacy across the street: IV bags, needles of a specified size, medicine and scalpels. 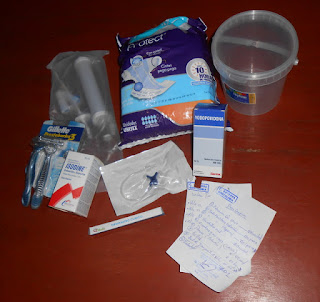 The other items were hiding around town like those on a scavenger hunt list.  For example, she needed a 1-Liter transparent container with a lid and handle. 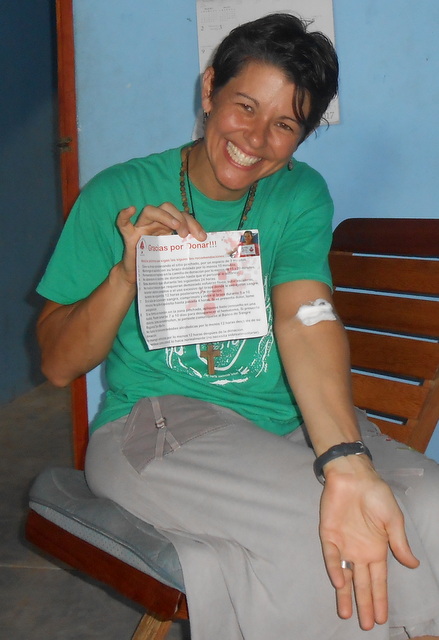 The most difficult item to secure was a 1/2 liter bag of blood. This required us to visit the blood bank.  I registered as an official donor and then watched as my blood emptied into a bag labeled "Vilma".


When all the items were collected we raced back to the hospital like scavenger hunt winners.


Her long-awaited surgery was only hours away... we thought.


Vilma was in pre-op for 14 hours before the doctors decided that they couldn't perform the surgery because she hadn't applied the necessary cream for seven days prior. Before we left the hospital Vilma was rescheduled for a date on which our family would be gone. Surprisingly, a daughter that I never even knew existed showed up and agreed to accompany her mom to the upcoming operation. Another pleasant surprise was from the administrator who informed me that Vilma's surgery would be completely covered by her insurance. Unsure that I understood correctly, I asked for clarification. She repeated herself and explained that Vilma only needed to pay for items on the list, which they had already collected from her.  All she had to do was show up on the designated day.


"Be not afraid! Be not afraid! Again I say to you - Be not afraid!!" Some people claim that 85% of the things we worry about never happen; other sources claim 99%.  In Matthew 6:27 Jesus asks, "Can any of you by worrying add one single moment to your lifespan?"

We profess complete trust in Jesus and do our best to live fearlessly, but sometimes it's just so hard!!!  As Jesus taught, and the statistics predict, nothing that we worried about happened.  There are no lines forming outside our front door and we're not being approached by every passerby.

We thank God for guiding us and helping us to be the missionaries that He's called us here to be.

Thank you for taking time to read about what the Lord has been doing through Team Carmody.  Please pray for our continued success as we work hard to preach the gospel and serve the poor here in Peru.