Coco Was Killed and Rings Were Stolen

In 1961, when the Shirelles released "Mama Said", their single flew to the top of the charts. This Motown hit has remained a favorite and can be heard all around the world.... but why?

My guess is this ~ It captures a universal truth that every generation must learn to accept: No matter how great things are going, there will always be crummy days, filled with crummy things.

In the book of Romans, St. Paul says, "afflictions produce  endurance, and endurance, proven character, and proven character, hope, and hope does not disappoint because the love of God has been poured out into our hearts through the holy Spirit that has been given to us."  Like the Shirelles, St. Paul advises us not to let the tough days get us down.


Although we've had a string of tough days, Our God remains faithful and continues to shower us with blessings. I can attest to FMC's claim that "the only way to remain in missions is to be steeped in fervent prayer...every single moment of every single day." Without intense prayer, we would be sunk!

Earlier this week Lucifer, his brother and a couple others showed up at our house. What does one do when Lucifer arrives at his door? Invite him in, of course, and make him comfortable. Lucifer is a friend of our Lost Sheep that we haven't yet had the opportunity to meet. Although we've see him around, he typically keeps some distance. Several days ago, the guys were going to play soccer and stopped in at our house on the way. After some brief conversation we invited them to return when they finished, which they did. Hot, sweaty and really thirsty, the gang arrived a couple hours later for water and some shade. There was a lot of commotion as some flopped down in exhaustion, others raced to the kitchen for water, and they collectively recounted and reenacted the highlights of the game.

Shortly after they left, I realized that they had taken my rings with them; my wedding band as well as the ring I've worn for almost 15 years for my children. I thank and praise God for the peacefulness that He placed in my heart. As I stood at the kitchen sink and stared at the place where my rings had been, I prayed fervently for the person who took them. I asked the Lord to guide that person back to our house so that we could help him to know better...to do better.

In Matthew 7:7 Jesus encourages us to ask and assures us that what we need will be given to us.  As such, Lucifer and his buddies arrived at our door the following day...to steal more stuff.

On Saturday morning the sky opened and rain poured down - for hours and hours. I fell to my knees and begged the Lord to remove every obstacle that would detour the thief from coming, including the storm.  I knew in my heart that the talk I had prepared was for him and that the activities would open the lines of communication. However, I also knew that Satan had a vested interest in keeping Lucifer away. His satanic tattoos give witness to whose voice he's been able to hear most clearly. I recognized the spiritual battle for what it was and "put on the armor of God so that [I could] stand firm against the tactics of the devil." (Ephesians 6:10).

As I was peacefully preparing pancakes there was a sudden outburst of emotion...

Our dog Coco had been poisoned. She stumbled about and then fell to the ground shaking violently as foam bubbled from her mouth.  We tried to console her, but she whimpered and cried. We called for a mototaxi who rushed Coco, Katelyn and a friend to the vet for an anti-venom shot. Three other large dogs on our street had been killed this week, so the prospect didn't seem favorable. When Katelyn returned Coco was visibly worse. The poison was overtaking her. As the kids laid her down in front of our house the neighbors rushed over. They had many suggestions for getting the poison out; all of which we followed. Between our sobs, Katelyn and Anna poured oil, sugar water and other anti-venom concoctions into her mouth trying to get her to vomit. They massaged her tummy and rubbed her shaking face. We cried, they cried....everyone cried as Coco helplessly convulsed. As our Lost Sheep arrived, they tearfully joined us in bidding our faithful friend good-bye.

Not knowing what else to do, I returned to the kitchen to continue making pancakes. As I mindlessly poured and flipped, I realized that the Lord had answered my prayers ~ Lucifer was here. Despite my grief, I offered many prayers of thanksgiving and begged the Lord to send His Holy Spirit in power to deliver the talk that He had written.

As prescribed by Jesus, the guys began by creating little people out of clay...everyone except Lucifer, who preferred to sculpt drug paraphernalia. We talked about the care with which a creator creates. I explained that they are each beautiful, perfect creations of God, who loves them immensely. I tried hard to stay out of the way so that the Holy Spirit could deliver the message Lucifer needed to hear; Jesus' unconditional love, the importance of forgiveness and a bold statement of truth - Jesus brought my family here to Peru for him. Although Lucifer was uninterested in making little clay people, he was very interested in everything that I had to say, especially as I shared my own testimony and informed them that I was not mad at the person who stole my stuff... whoever that might be.

After my talk, I challenged the kids to make motokar cross motos out of clay - which was Jesus' next instruction. After they were done, we'd all vote and the winner would get a prize.  The room erupted in cheers as they smashed their little people and began making wheels and handlebars... everyone except for Lucifer who turned his pipes into pistols.  As I sat quietly, I petitioned the Lord for guidance. "Guns" I kept hearing him say, "You know about guns." A bit skeptical, I acquiesced to the inspiration and began talking with Lucifer about firearms. I've shot with my family since I was very young and enjoyed the knickname "Annie Oakley".  My family is filled with hunters and many shoot for sport. I told him about the competitions my brother has won where participants complete various courses. All praise be to God, Lucifer and I connected. As we made eye contact I felt him say, "Maybe your not so bad."

Although Lucifer never admitted to stealing anything, he eyes revealed the truth. As such, I found the perfect opportunity to say to him in private, "I forgive you. I pray that you continue coming to my house because I believe it's the will of God that we're both here."  Although he remained silent, his non-verbals communicated a great deal about his possible willingness to let down his guard.

Given the pouring rain we were unable to bury Coco. So, we all headed down the street to play soccer in the mud.

To no surprise, Lucifer and I were on opposing teams. Several times we came head-to-head. My periodic defeats left him wondering, "Who is she and what is she all about?"

In the book Forming Intentional Disciples, Sherry Weddell talks about the "curiosity stage" in which people who have historically been unaffiliated with Christianity begin to wonder. I think it's safe to say that Lucifer may have dipped his toe into that pool yesterday.  I ask for prayers as we continue following the Lord's lead and loving each and every person He sends our way...even Lucifer.

Still a muddy mess from soccer, we dug Coco's grave and put her to rest. This too was a blessed experience because Omar (who has become a good friend to Katelyn and Anna) lost his older brother several years ago to an infectious disease that took his life very quickly. Omar has been struggling ever since.  Although Coco is just a dog, it was therapeutic for Omar to be able to be on the supporting side of grief. 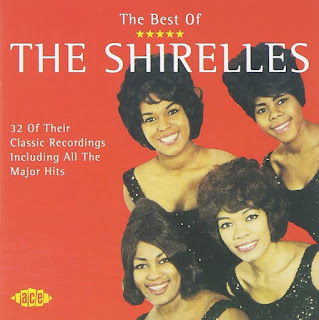 Although the Bible is always my "go-to" for direction and comfort, I also appreciate the wisdom of the Shirelles:

To listen to their song, click here:
"Mama Said" by the Shirelles

I thank you for every prayer offered on our behalf. I ask specifically for the grace we need to bring Lucifer into the loving arms of Christ.

If the Holy Spirit is nudging you to support us financially, please visit:
www.carmodyfamily.familymissionscompany.com
or call Family Missions Company at
(337) 893-6111