Lucifer Returns to Our Home 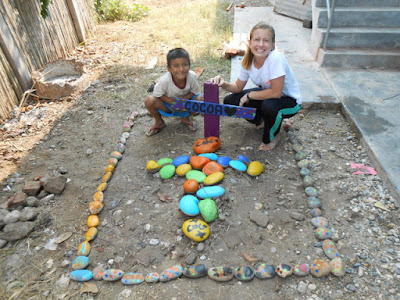 Last Saturday was a point of demarcation for our family. As one thing was dying, another was coming to life.

Our beloved Rottweiler, Coco, had been poisoned and was helplessly convulsing in Katelyn's arms.

Meanwhile Lucifer, the young man who stole my wedding ring, was settling into his space around the breakfast table as the group awaited yummy American pancakes. Little did we know, this would be the beginning of a real friendship.

After breakfast, I gave a talk on love and forgiveness. I optimistically hoped that Lucifer would see the error of his ways and decide to not steal anymore ~ at least not from us.  However, everyone knows that bad habits are hard to break. Shortly after my evangelistic talk I had to leave the room for a few minutes; at which point Lucifer went into the kitchen and opened the refrigerator to see if there was anything he wanted. A bottle of yogurt caught his attention and found its way into his hands. As he was considering options for concealment the others saw him and insisted he put it back; which he did. 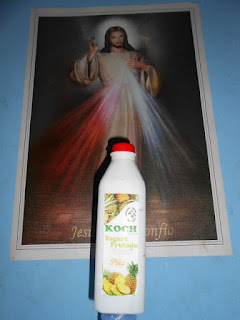 It wasn't until the following day that the guys told me what happened. I was disappointed but not surprised. Knowing that Jesus desires us to walk with Lucifer, I sought His counsel. I prayed and prayed for this lost young man, but received no direction - only the assurance that Jesus desires mercy. The following morning, as I sat quietly in prayer, Jesus told me to take Lucifer the yogurt that he obviously wanted. At 6AM I left our house to find the "the guy with the pyramid tattoo on his hand".

I began on the street where he's often seen, but nobody would admit to knowing him. One person finally redirected me to the street by the cemetery.  Upon arriving, I questioned everyone I saw, but they claimed ignorance. I suppose people prefer to stay away from trouble.

After many failed attempts to find Lucifer's house, I stumbled upon someone willing to help after he learned that I only had a gift to share. At Lucifer's door I was greeted with apprehension by his family members. When Lucifer approached the door, he too was reluctant and confused. When I presented him with the bottle of yogurt, I simply said, "I have a present for you. I thought you might enjoy this for breakfast." He blushed and started laughing. "Yes, I would", he said with a huge smile. I pointed out that it was even cold from being in our refrigerator. Again, he laughed and held the yogurt to his chest like a prized possession. Before I left I reminded him to simply ask me if there is anything else he needs. 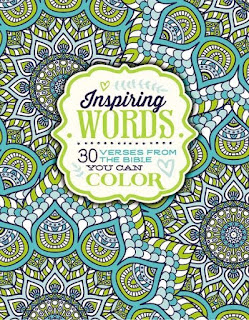 Later that day Lucifer arrived at our home asking if he could borrow a coloring book and some colored pencils because he wanted to color with his little sister. Could this possibly be the same kid who sat in our home days earlier sculpting drug paraphernalia and weapons out of clay?

A couple days later Lucifer came to our house again (without his marijuana hat on- yippee), accompanied by his younger brother William. They humbly asked if I might be able to help them out. William had no street shoes, only sandals and dress-shoes for school. Lucifer explained that there was something he'd really like, although admitted it wasn't a "need". Without further interrogation, I agreed to take them into town later in the week. Every day after that Lucifer arrived with "the guys" on their way to the soccer field. He has been cheerful and friendly. When he comes into our home he always "presents himself", which is a custom here. He shakes my hand, exchanges pleasantries and thanks me for having him. With each subsequent visit he has become more and more comfortable.

Last Tuesday he asked for a rosary for himself and then returned the following day wondering if he could have one for his little sister. Lucifer is one of 7 children. With Dad gone and his oldest brother married, it seems that he has assumed the role of caretaker.

Yesterday, I took the guys to Bellavista, which is the bigger town a bit south of us. We started with Williams' shoes. As he was trying on the few different styles available in his size, Lucifer quietly asked If I could possibly get him "chanpun". Unfamiliar with this slang term for soccer cleats, I had no idea what he desired. Thankfully, Javier was there to help. They explained that they both play soccer as a way to earn money for their families. Without cleats it's hard to compete against those that do. When I agreed, they both started giggling and eagerly asked the saleswoman which ones she had in their size. I'm not sure if either of them have ever had "real" soccer shoes, but they were awfully excited either way!!

Lucifer and his brother William chose to come to our house this morning for our Lost Sheep ministry. After having French Toast for the fist time (and TOTALLY loving it), the guys completed an activity whereby each team needed to match inspirational phrases with corresponding pictures. Each prayerful phrase described a different strategy for finding joy in the love of Jesus. We talked about the temptations that they all feel to use drugs, alcohol, pornography, etc to escape from their problems and why Jesus is a much better option. It was both fun and motivational. I thank God for the inspiration because I believe it was exactly what Lucifer needed. When our activity was done he sat alone reading the booklets from which I had made the copies. Each one has a different theme but collectively are meant to re-direct people's hearts and minds toward Jesus in times of trouble. Lucifer was totally engrossed and kept rereading the pages that stood out to him, which is more than I would have ever thought to pray for. Before leaving town this evening for our ministry in Santa Rosillo, William stopped Anna and asked if we might possibly be able to buy their family some food.  Unable to help him that moment, she promised that we would stop by their house in the morning.

As I continue to pray for Lucifer, I am drawn to the image of Divine Mercy. As I recall my assumption that Lucifer stole my rings for drug money, I am acutely aware of my own sinfulness.

"...and forgive us our trespasses AS we forgive those who trespass against us..."

I pray for the grace I need to be endlessly merciful to others, as God has been merciful to me.

Please join us in prayer ~ that we're able to keep our hearts open to the inspirations of the Holy Spirit, who will help us shepherd our new little Lost Sheep.