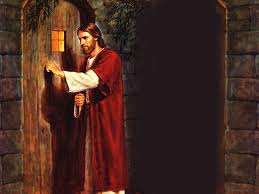 Daily, people come to our door requesting help with a wide variety of issues. Sometimes they need food, while other times it's gas to cook their food. If a pregnant woman needs emergency care, we rush her to the hospital. In each situation, we do our best to follow the Spirit.

Despite the assortment of hardships there is one thing that remains consistent - WE NEVER GIVE ANYONE MONEY.  When someone needs a new steel roof panel, we go to the hardware store and buy it with them.  When a kid needs crayons and pencils for school, we head to another shop in town.  So far, this probably all sounds pretty straight forward, and it is... until the Holy Spirit asks us to break the rules.

We've come to learn that following the Spirit is all about making exceptions and breaking rules. It requires us to disregard the status quo, do what is seemingly illogical, and attend to the needs of the person before us, who we know to be Jesus in disguise. 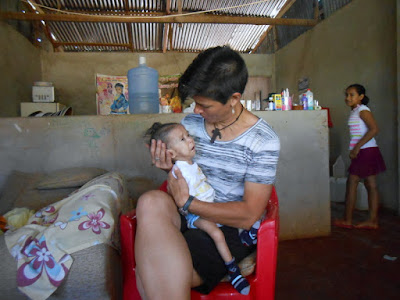 Amir Sebastian was exactly this type of exception. His grandma, who we know well, came to us last May asking if we could possibly buy her grandson a special type of formula that the doctors believed would help him to grow.  Given the intimidating price tag of this American made product, we were a bit reluctant.  However, after she explained that Amir had a life threatening condition in which his body experienced extreme difficulty gaining and maintaining weight, we agreed. We looked and looked for a pharmacy nearby that sold the formula, but there were none.  With a bit of apprehension we gave Amir's grandma money so that she could buy the special milk product in the big city.  We weren't hesitant to buy the formula, we were hesitant to give someone money - even if it was someone we've come to trust.  Afterall, it was against the rule which we had so valiantly defended. Two weeks later Grandma returned with reports of success.  The formula was working and Amir was gaining weight. At 8 months of age, he no longer weighed in at 4 kilograms, but had increased to 4.5 (about 10 pounds). The doctors were hopeful and encouraged Amir's parents to continue using the same formula.  So, we continued sending money with Grandma so that she could buy what her precious grandbaby needed.  We wanted to visit this family, but every time we were "in the area" or had some free time it seemed that Amir was in the hospital battling a setback. There were times that we questioned ourselves, we doubted and felt afraid that we were getting taken advantage of - until the day Rolando, Amir's dad, appeared at our door hopeless and afraid.  Amir was in critical condition and there was nothing the doctors in Tarapoto could do.  They advised Rolando to rush his son to Lima where he could be seen by pediatric specialists, but without money (or a credit card) that was impossible.  Without delay Chris got online and ordered tickets for the very next flight. 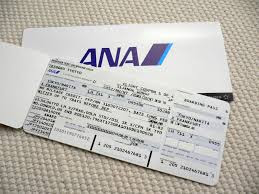 Over the course of the next several months we continued buying Amir the special formula that he needed to thrive.  We would hear that slowly, his weight was increasing and everyone felt encouraged.  However, he would experience some difficulty and lose the weight he had worked so hard to gain.  It was an emotional roller coaster for Amir's parents and older sister, who were sacrificing everything to care for this precious little child.  In addition to the formula and medicine, we also bought plane tickets each month which allowed baby Amir to see the specialists in Lima with one of his parents.  We gave them extra money for taxis, food and a cheap hotel, knowing that Lima is outrageously expensive.  Although we always asked for receipts, we never really got any kind of proof of their expenditures.  However, we fully trusted that Rolando and his wife were using every single sole that we gave them to care for sweet, sweet Amir Sebastian. 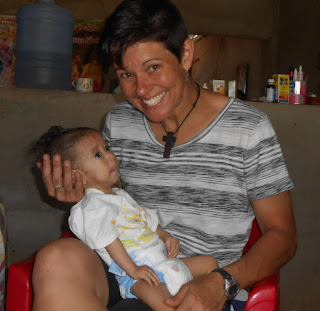 Finally, in July we got the chance to meet Amir Sebastian for the first time. He was 9 months old and weighed less than my son Jack at birth.  As he sat in my lap he'd giggle and wriggle his skinny little legs. When he grasped my thumb with his tiny little fingers I started bawling. It was love at first sight!!  After just a few minutes of playful interactions Amir lost his strength and started fussing. His mom told me that he'd used up all his energy and needed to rest. Wanting to hold this little boy in my arms forever, I felt really disappointed when Amir's sister scooped him up and took him in the other room.

We continued supporting Amir's family as they worked tirelessly to provide him with the care he needed. We'd talk with his grandma regularly about his condition and prayed for him when it seemed he needed a little boost. In October it seemed like Amir was in the hospital more than he was home. Just a couple weeks ago I asked Grandma how her sweet little boy was doing and she informed me that he had taken a turn for the worse. He was "turning purple a lot more than usual", she said.  Although I'm no doctor, I knew this couldn't possibly be good. I asked if he needed to go to Lima again, but she didn't think anything was going to help. A few days ago our precious little Amir Sebastian, who was only 13 months old, died in the loving arms of his mother.

They laid him out in the front room of his grandmother's home here in San Hilarion. When I walked in and saw the tiny little casket, I crumbled.  All I could think of was the day that he sat upon my lap giggling and wriggling about. It seemed like he was going to be fine... 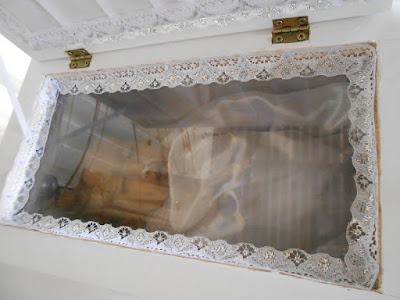 The caskets here have solid covers, albeit a small glass window which allows the face of the deceased to be seen. This is because bodies are not embalmed and therefore begin to decompose quickly after death, especially in the intense jungle heat.  The glass window helps to contain the odor.

When people felt it was too hard to say "good-bye" through the glass, Rolando would lift the top off the casket so that mir could be seen more clearly. 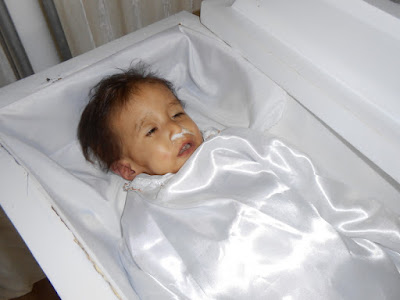 This was really hard (for me) because the odor would immediately fill the room. Nobody else seemed bothered; they would simply wave small bottles of rubbing alcohol under their noses to prevent vomiting.

Also, as you can see in this photo, they put cotton swabs into the nostrils, mouth and ears once bodily fluids start to drain out. This helps to minimize the smell as well.


When we visited Sunday night we were able to spend time with the family and lead everyone in prayer. 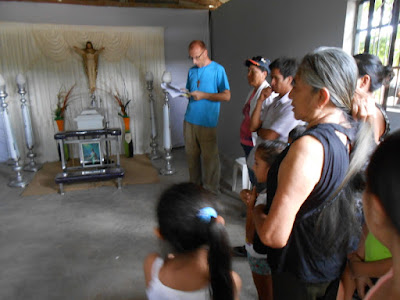 The following day the family planned to begin the burial ceremony at 3PM; however Rolando came pounding on our door asking if we could start early because of the approaching storm....and so we did. 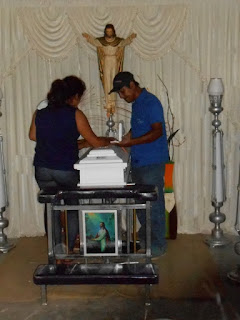 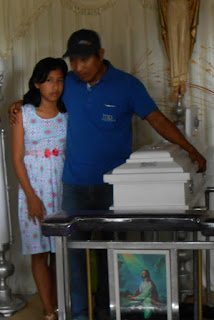 It was really hard to stand by and watch Amir's sister and parents say their last good-byes. 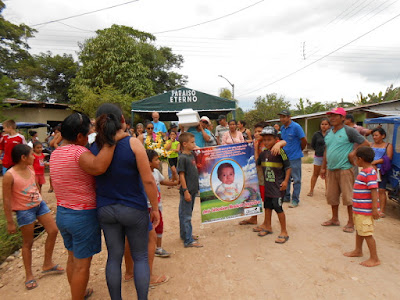 We left their home and walked in procession to the cemetery.

Michael and another boy carried Amir's commemoration poster at the front of the group. 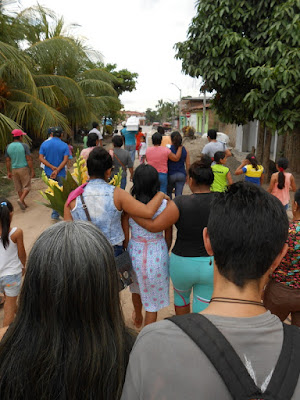 As we walked through the streets we sang and cried, cried and sang.


At the cemetery Chris did a great job of leading the funeral service. He shared sacred scripture as well as a personal reflection. He led the group in song and then invited the family members to share. 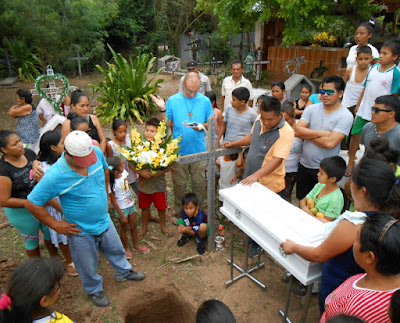 As Amir's uncle (the man in the gray shirt with shiny green sunglasses) talked, he kept referring to his nephew as "his little fighter", which brought us all to tears. He spoke of his calm demeanor and silly disposition.  Despite the pain and suffering, Amir was a bundle of joy for all that knew him.  Both his mom and grandma shared as well, professing their faith that Amir was resting in the arms of Our Lord. It was beautiful to see the strength that came from their complete trust in Jesus. 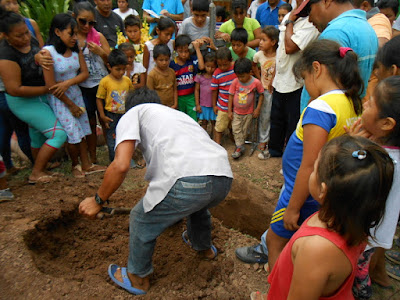 When it came time to put the casket in the ground, Amir's mom and grandma were hysterical. They bellowed and wailed.... it was so hard to see them suffer so greatly. 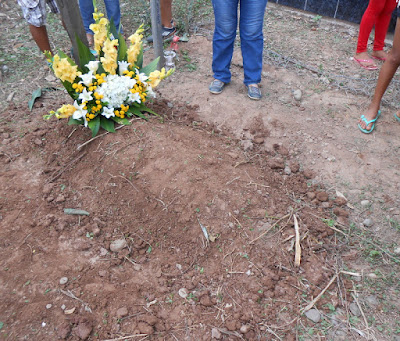 Nobody wanted to rush anything, but everyone could see the black storm clouds quickly approaching. By the grace of God, the men were finishing Amir's burial as the first big drops began to fall.  After a beautiful arrangement of flowers were set upon his grave everyone left the cementery in silence.

Our hearts were heavy, but there was nothing left to say. We can only pray that during this very, very difficult time Amir's family is able to find their rest in Jesus.

If the Holy Spirit is nudging you to support us financially so that we can continue serving
the people here in Peru, please visit: