Another Miracle - Meningitis BE GONE! 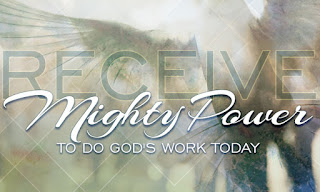 "No prophecy was ever made by an act of human will,

but men moved by the Holy Spirit spoke from God."

This declaration took on a whole new meaning when I was recently in Trujillo, Peru for language school.  I was there with Miguel and John Paul, two other FMC missionaries, as well as Javier and Jherson, our Peruvian pseudo-sons. Miguel arrived in Trujillo with intense, unexplained back pain and a bag full of pills and injections that we hoped would remedy his condition.  However, as the days passed his situation failed to improve.
Gathering around Miguel we gently laid hands upon his feverish, aching body. He cringed with even the softest touch to his spine and sweat rolled from his scalp. Although his legs threatened to collapse beneath the weight of his body, Miguel remained standing out of fear of not being able to rise once seated.  The prescribed medicine was proving ineffective and his symptoms were visibly worsening.  If only we could get him to the curb, a taxi could do the rest. Without doubt, prayer was necessary, but so was a trip to the emergency room. Confident that God would happily accept our quick and condensed prayers, we bowed our heads and humbly approached His throne asking that He send His Spirit in power.  Almost immediately a pulsating warmth moved from my heart, down my arms and into my hands. "Ahhh," I remember saying to myself as I took in the deepest of breaths, "He is here."  With confidence we begged Jesus for healing, that the Spirit of God move through Miguel and drive away every bit of infirmity....the raging fever left immediately.  With a hand upon his clammy, but cool forehead I continued, "More, we need more...Holy Spirit, we beg you, we need more." As the warmth moving through my arms increased Miguel announced that the strength had returned to his legs. I repeated again and again, "Be with us Jesus. Give us wisdom."  When the word "meningitis" popped into my mind I could no longer pray. I apologized for my abrupt departure and ran to my room. Knowing absolutely NOTHING about meningitis (other than it sounded really scary) I scrambled to pull up whatever information I could find on the Internet. As my eyes fell upon the "symptoms", which include severe headache, fever, lethargy, shivering, stiff neck, intense pain in the muscles along the spinal column extending into the neck, and loss of appetite I realized that Miguel had every one.
My eyes swelled with tears as I continued scanning the page. "Bacterial meningitis typically develops between three and seven days..." It had been exactly six days since Miguel's initial complaint of unexplained, debilitating back pain.  As soon as I read, "untreated meningitis causes the brain to swell, which can result in permanent brain damage and even death," I jumped up and sprinted back to the group.
We piled into a taxi and rushed off....only to discover that the security guard at the hospital entrance possessed the sole authority to decide who gets in after hours and who doesn't.  Miguel pleaded his case, to no avail. Unwilling to leave, I pushed my way through the crowd and said, "Excuse me, I am a Catholic missionary. Although my friend appears alright, he is actually very sick. He has had unexplained pain in his spinal column for many days and his symptoms continue to worsen despite the medicine doctors have prescribed. As I was praying over him Jesus told me that he has meningitis. I believe he needs to be seen immediately because this illness progresses very quickly and can cause death." Wide-eyed, the guard opened the gate and allowed us to pass.  We moved from one triage area to the next until finally learning that the staff capable of conducting the necessary analysis would not return until morning. Given the absence of a raging fever, the attending medic was comfortable sending us away with instructions for treating the inflammation: ice, ibuprofen and specific body positions. The Lord blessed us all with a satisfactory night's sleep and we arose hopeful that He had worked a miracle of healing. 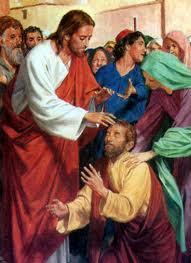 However, Miguel's symptoms returned in force: severe body aches, especially alongside his spinal column and into the stem of his head, a raging fever and extreme weakness. We returned to the hospital for a blood analysis, but quickly determined that there wasn't anyone qualified to make such a diagnosis, despite what we had been told previously. As we sat quietly in the hard, plastic chairs, waiting to speak with yet another seemingly under-qualified doctor, the reality set in that Miguel could die.  Clearly, Jesus was the ONLY one that could help!
Scared and yet confident, we returned to the throne of God and begged for Miguel's life... at which point the warmth returned to my heart, flowed through my arms and out of my hands. "Come Holy Spirit, Come!" As the pulsating sensation increased, I begged the Spirit for more and more. With hands upon Miguel's head I could feel the fever dissipating. "More, we need more. Come Holy Spirit."  Miguel announced that the pain in his head and back were gone, but he still felt weak. Completely convinced that the Spirit was moving through his body to eliminate every bit of infirmity, we continued praying until the pain and discomfort were gone.  After an unquantifiable amount of time, Miguel arose with a huge smile and said, "I'm good. Jesus healed me."  We cried and hugged, hugged and cried, before finally strolling out into the courtyard. 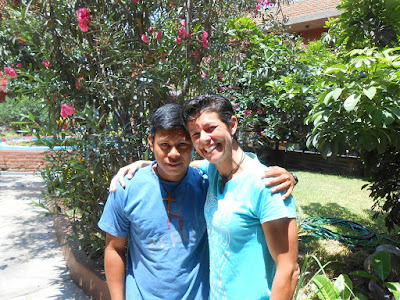 As we approached the security guard he inquired as to Miguel's condition, at which point we informed him that Jesus had performed a miracle of healing.  Unsure of what to think, he smiled and opened the gate. As I was passing him, he touched my arm and said, "Are you sure?"  I grabbed the tattered missionary cross that hangs around my neck, smiled and said, "Yes, I'm sure!"  His eyes twinkled as he said, "Thank you Jesus!"  "Yes," I said with a wink and a smile, "I'm not exactly sure what was wrong with my friend, but I know he's better now.  Thank you Jesus!"
Miguel and I returned to the inn and excitedly announced his miraculous healing to the others in our group, but struggled to convey the magnitude of what had transpired.  Although I always desire to glorify God for every good work that He does, I was unusually content simply knowing in the privacy of my heart that the Lord had been with us in an incredibly intimate way this day. In Matthew 10:1 Jesus gives His disciples the authority over unclean spirits, to cast them out and heal every kind of disease and sickness.  After seeing firsthand several different miracles of healing, I've concluded that Jesus is faithful to the faithful. He is a man of His Word and eagerly awaits the opportunity to reveal Himself in amazing ways.  The only thing He asks in return is that we believe...and WE did...and we continue to!
Thank you Jesus for the gift of faith. Thank you for this call to missions which leaves me so helplessly dependent on You!  Thank you for sending your Spirit in power and allowing us to see even a glimpse of Your goodness!  Please remove from me any bit of doubt that remains in my heart, that I may be an empty vessel through which you can work each and every day!

If the Holy Spirit in nudging you to support us financially
so that we can continue serving the poor here in Peru,
please visit either: