After living here in the same community for over two years I often find that things happen as I've come to expect.  However, at times I'm totally caught off guard; today was one such occasion. As the pseudo-adopted mom of many, I was invited to attend the Mother's Day celebration at the high school where my "kids" would act out skits, recite poems and perform dance routines in honor of the mothers. Upon arriving a young man escorted me, arm-in-arm, into the assembly area. The balloons, flowers and gift baskets gave the impression that this event would resemble a Mother's Day celebration in the United States. Oh, how looks can deceive! 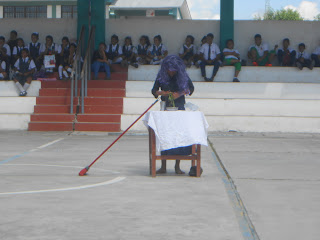 The first group of students introduced themselves and announced that they would perform a skit in honor of all the mothers, both living and deceased.

A boy dressed as a mom entered with some basic props and began "preparing soup".

Her "son" entered with a harsh attitude and began speaking indignantly. He demanded food and complained that his favorite shirt had not yet been laundered.  She apologized and assured him that she'd wash clothes a bit later. 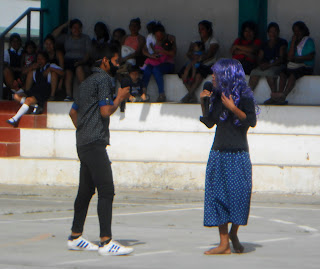 After he stormed out, her drunk husband arrived. Their interactions included physical, mental and verbal abuse. The "dad" shoved her to the ground and yelled at her, but she maintained her composure.

As the skit continued the guys continued mistreating the mom, until finally she died under the heavy hand of her husband. One of the actors concluded the skit by stating, "We can't wait until our moms are dead to appreciate them. We have to treat them as the priceless gifts that they are. When you see your mom, don't yell at her or complain. Give her a hug and thank her for everything she does."  As he finished, I heard the crowd go wild with applause, but was unwilling to join them. I just sat silently in a fog of sorts.  I suppose it just never would have occurred to me to honor my mom in this way. 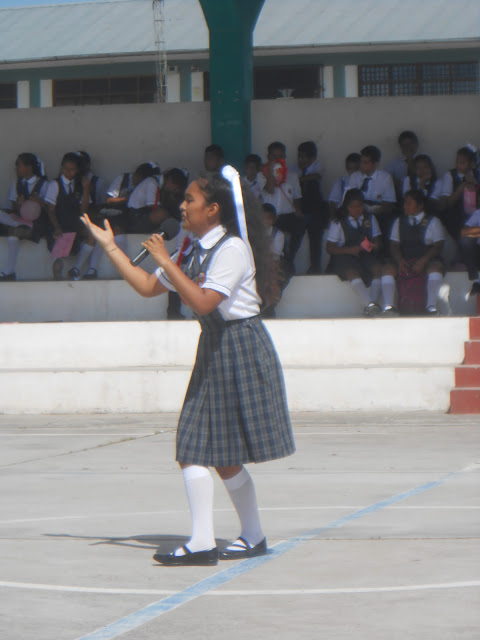 The next act was the recitation of a poem. Historically it has been difficult for me to understand this type of artist language, but today it took only a couple moments to realize that she was describing the pain of living without the mom with whom she used to talk and laugh with, cry with and hug. My tear ducts burst open as this young lady darted about, waving her arms, calling to the mom who had abandoned her family years ago. Unable to maintain my composure, I lowered my head and wept quietly.

To my relief, the next group performed a light-hearted Peruvian dance routine in beautiful traditional costumes. Although I felt saddened by how short the girls' skirts were, I joined along as everyone clapped to the music and tapped their toes. My racing heart calmed a bit when the girls I know caught my glance and gave me great big smiles. 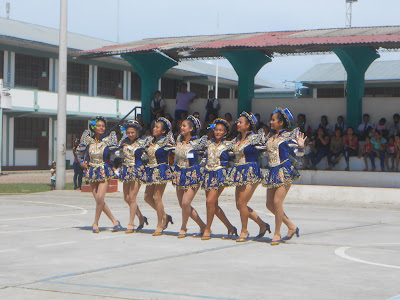 Their routine was followed by a solo act in which a teacher sang about his undying love for the mother that he'd never see again. Everyone nodded in understanding as he explained through song that
life's circumstances had left them living so far apart that their paths would unlikely cross again. Although the probability of never seeing loved ones again is readily accepted here, it continues to stir something incredibly painful in my heart.

As my mind wondered one group sang a love song to their mothers while another did a cheerleader type chant. 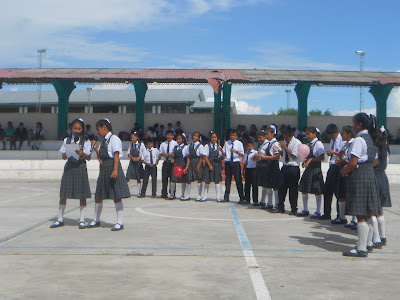 Lost in my own thoughts I was a bit startled when one of the teachers sat down beside me and whispered, "Are you enjoying the show?"  Totally unsure as to how I might respond I simply smiled and said, "I'm not sure."  She grinned and explained that Mother's Day isn't always a joyful celebration in these parts.  With the high incidence of death, abandonment, domestic abuse, imprisonment and neglect it's often a day of painful memories and unavoidable disappointments. 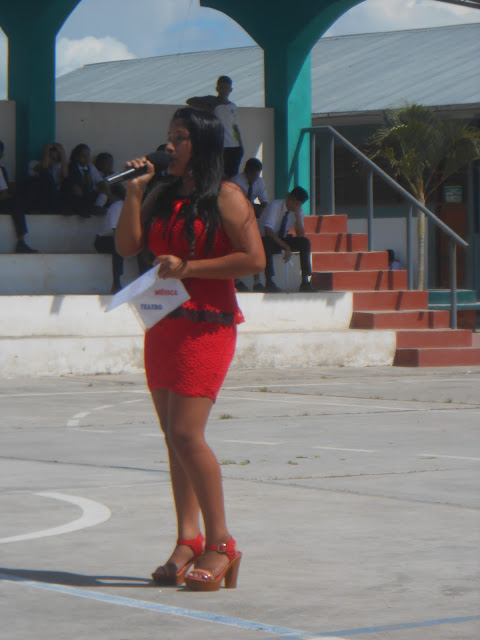 As I turned my attention back to the show another young lady was tearfully reflecting on life without her mom.

The girl sitting beside me explained that her mother died just a few years earlier.

My beautiful daughters came to my emotional rescue as they began hopping and skipping about with the other members of their dance team.  They performed a traditional routine that lightened the mood and brought grand smiles to everyone's faces....especially mine! 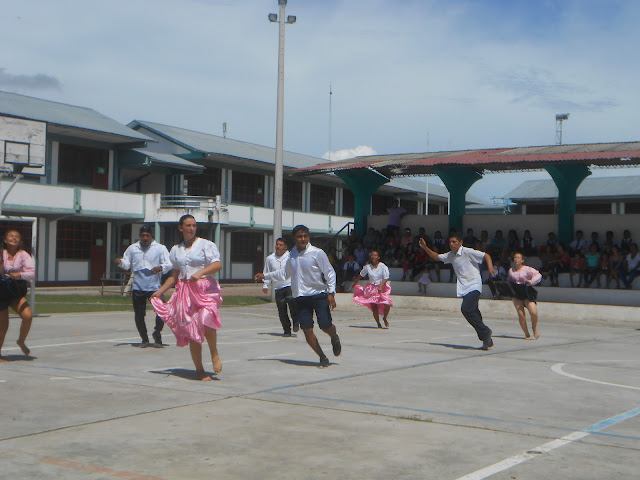 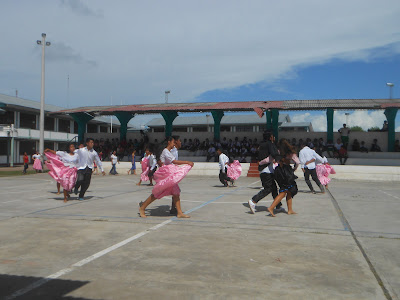 The Mother's Day celebration ended after the dance team performed a second routine with even livelier music that apparently was an "old time favorite".  The emotional heaviness had dissipated and everyone cheerfully greeted the mothers, wishing them a wonderfully relaxing day this coming Sunday.

This quick recovery of emotions is perfectly in line with what I've come to expect of my Peruvian friends. When something awful happens they grieve intensely for a short period of time and then move on.  I've come to appreciate their candor and vulnerability.  They don't feel the need to hide or disguise their feelings and accept reality for what it is.  It's really raw, but seemingly effective. 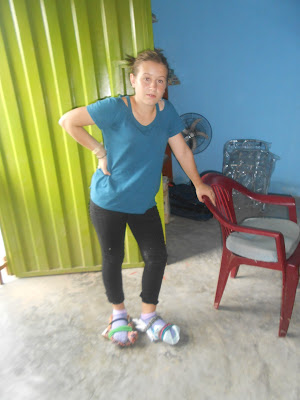 Plus, their feet got burned from the griddle-like pavement.

Anna dug deep into her repertoire of missionary skills to find some relief for her blistered-covered souls. 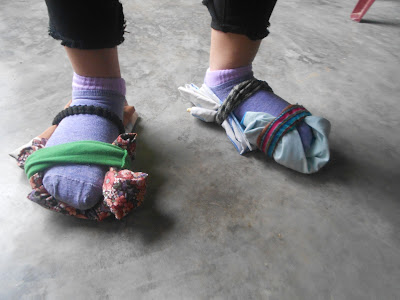 When I saw Anna's solution I couldn't stop giggling.

Thank you Jesus for allowing me to be the mom of such amazing kids... both my own and all those Peruvians who call me "Mom".

We'd love to hear from you via email: carmodyfamilyonmissions@gmail.com