Did the Witch's Spell Kill Kenay?

When the phone rings at 4AM I never know what to expect.  On this particular morning we received the awful news that our friends' six-month old baby had died. 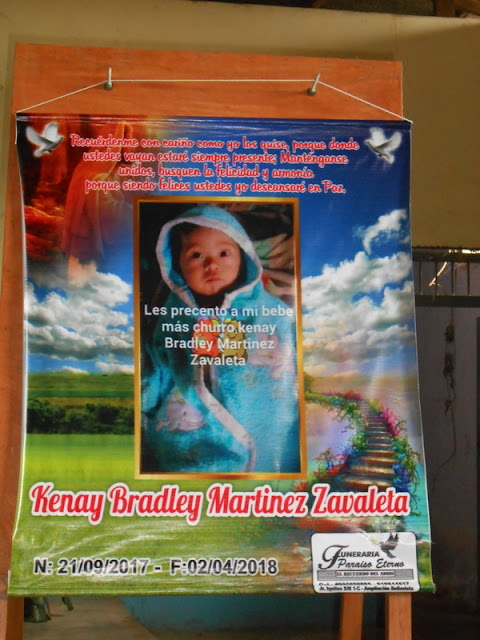 As I was laying in bed thinking and praying for our friends I was acutely aware of the sadness that had washed over me; however, the sadness I felt was notably different than the sadness I have felt these last couple years when other babies in our village have died.

As I tried to sort through my emotions I realized that my thoughts kept returning to the fact that Kenay's parents put their trust in witch doctors, not in God. 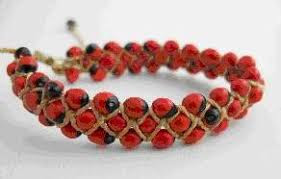 When Kenay was just a couple months old I noticed that he was wearing a bracelet made from the red and black berries that the witch doctors believe possess special powers.

During their saiances the witches invoke evil spirits and guide them into various articles, such as this bracelet, and then insist that their clients keep the articles on their bodies at all times - which our friends' baby did. 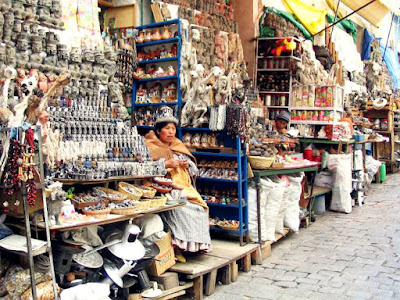 The witches use a whole variety of potions, oils, polverized dead animals and such to "treat" their clients.

Our experience has been that although people often receive the physical healing that they were seeking, shortly thereafter every other aspect of their lives slowly falls apart.

I've been to countless wakes in people's homes and even more burials since arriving here in Peru.  However, there have only been a few occasions when I have been present while the people from the funeral parlor were preparing the body.

Since the deceased are typically buried within 60 hours of death they are not embalmed.  To minimize the odor, wax is poured into the ears, cotton swabs are put inside the nose and down the throat. 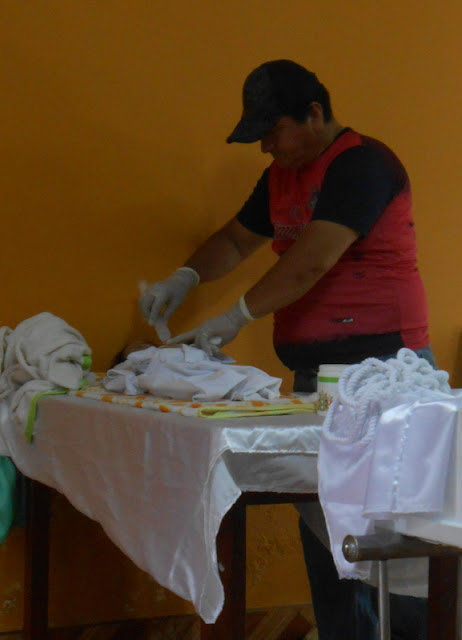 When the technician arrived, just a few hours after Kenay died, he intended to perform the routine tasks; however, he was surprised by the baby's swollen body cavity. Despite his petite frame, it appeared as though there was a balloon beneath his ribs.

The technician put tongue depressors down the baby's throat to open the esophagus and trachea while his assistant massaged his little body trying to release the gas, but to no avail.  After several different attempts the technician took a tool out of his bag that looked like a thick ice pick and pierced Kenay's abdomen six times. As he pressed down on the baby's chest and stomach the room filled with the most horrid smell. The technician's assistant dashed outside to avoid vomiting.  Those sitting around me ducked their heads and put their hands or shirts over their noses. 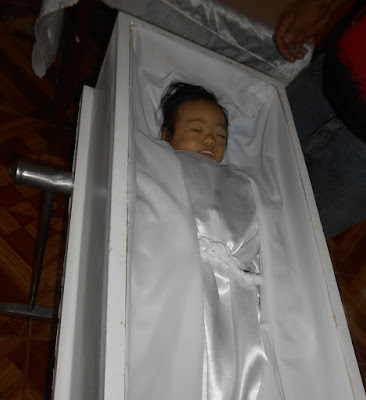 Struggling to maintain a normal countenance I found myself just staring off into the distance. While doing so I had a disturbing vision that resembled scenes from the movie The Princess and the Frog in which multi-colored evil spirits flew through the air taunting one of the characters.  In my vision the same types of evil spirits escaped through the holes in the baby's abdomen and zipped through the air laughing victoriously.  I shook my head in an attempt to clear my mind, but the vision continued. I prayed for protection and demanded, in the name of Jesus Christ, that every demon leave the house and go directly to the foot of the cross.  Although my mind cleared a bit, I couldn't stop wondering how the witches "treatments" had effected Kenay. 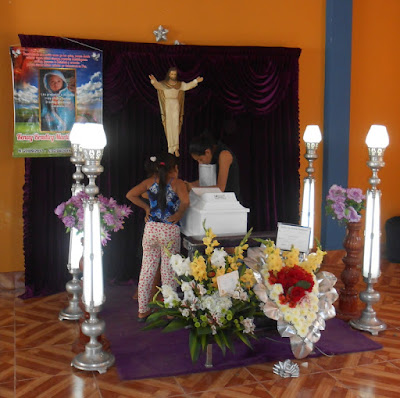 By the time the funeral workers setup the viewing area the smell had dissipated and a sense of peace prevailed. 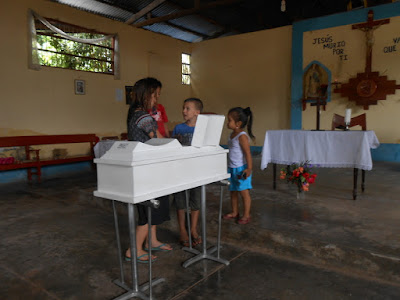 Before Mass started the children gathered around the coffin to see Kenay.  Anna did a wonderful job answering their questions and inviting them to pray for Kenay's family.

Given the frequency of which we gather to bury the dead, it's no surprise that the children were unfazed by it all.

Padre Paco made himself available to celebrate Holy Mass in Kenay's honor, which was an incredible blessing. 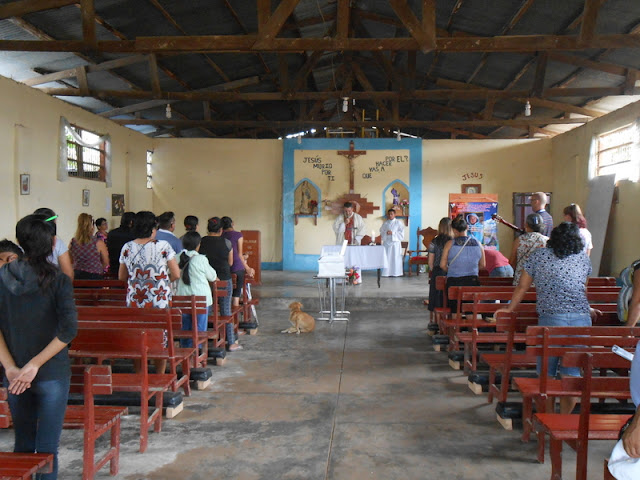 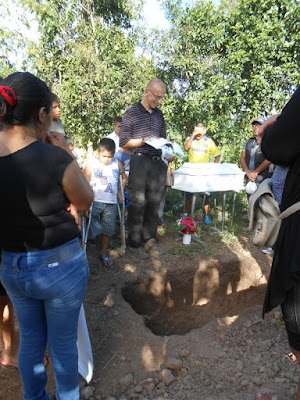 Even though Chris did a wonderful job with the burial ceremony, the atmosphere was unusually cold and sterile.  Kenay's parents and siblings shed but a couple tears and robotically placed dirt upon the coffin after it was lowered into the ground.


I couldn't help but wonder what part Satan had in all this.

As we drove home in silence I peered out over the recently flooded rice fields with an incredible sense of peace.  I could feel God's presence in His creation and knew without a shadow of a doubt that we are smack-dab in the middle of His will for us. 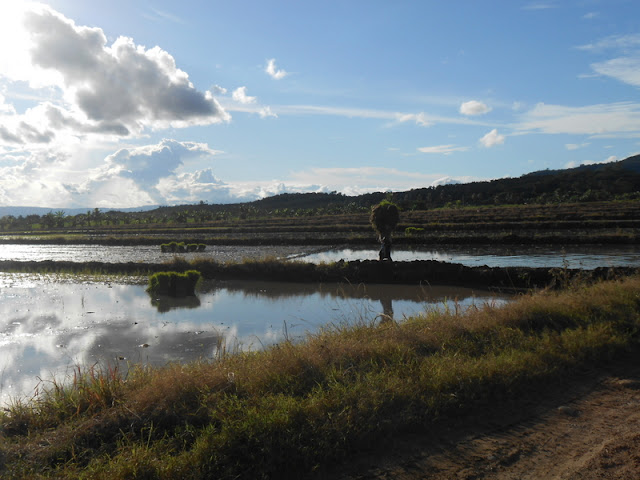 I ask for prayers for Kenay's family as they continue to grieve the loss of their son, that they are able to put their trust in Jesus and Jesus alone.