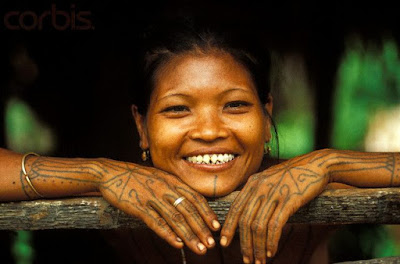 Since time began people of all cultures have celebrated the coming of age with various traditions. I read that when female Mentawaians reach puberty their teeth are chiseled into points to make them more beautiful.  Boys from a particular  Brazilian tribe are considered men after a ceremony in which their eyes are smothered with an acidic poison and they're whipped harshly.  Other cultures purify their adolescents through rituals of induced vomiting, long-term submersion in herbal liquids and various forms of torture. 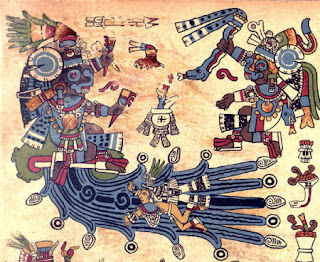 Although the origin of the quienceañera is unknown, it is thought to be linked to the ancient Aztecs' rites of passage.  Around 500 B.C. boys were inducted as warriors and girls were honored for their capacity to give new warriors to the community.

The Aztecs understood that the future of their tribe depended on their young women and celebrated accordingly. 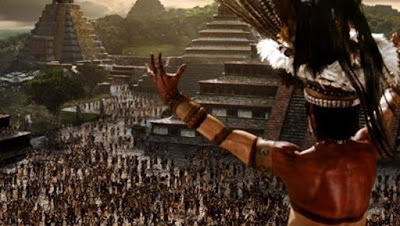 The Spanish explorers and missionaries that settled in the territory that comprises present-day Mexico adopted the Aztecs' coming of age traditions and spread them throughout Latin America.  For 2500 years Hispanics have continued the coming-of-age tradition which marks a girls' entry into womanhood. 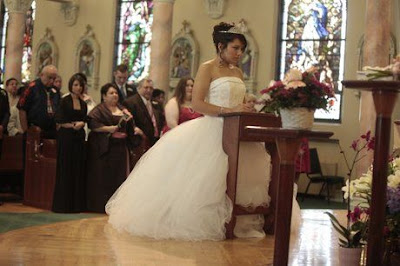 Today, a quienceañera is a non-sacramental Catholic Mass of thanksgiving for life and faith, crowned by God's blessing.  It is an opportunity for a young lady to publicly profess her commitment of faith and desire to remain pure until the day she returns to the altar to be wed. 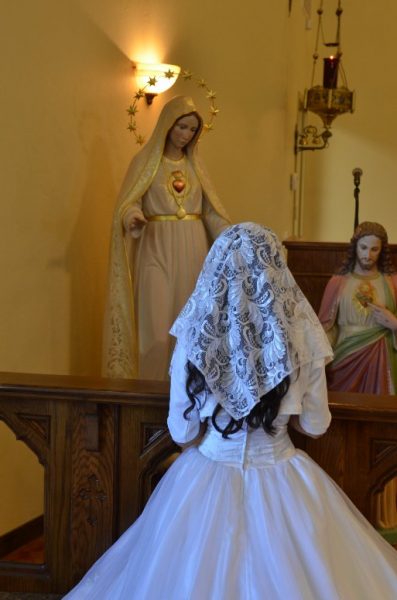 During the Mass the quienceañera renews her baptismal vows and receives special blessings from the priest.

At the end of the ceremony the young lady often presents Our Lady with a bouquet of flowers, petitions for Her intercession and makes (or renews) her consecration.

Today, in the jungles of Peru and many other poor parts of Latin America, young girls are taught necessary domestic skills: cooking, sewing, cleaning, childbearing. By the age of 15 they're prepared to manage a home and are ready for marriage.  The quienceañera is often a small, family affair during which the daughter is presented to the community as a potential spouse to acceptable suitors. 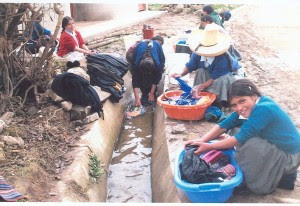 I've been told that outside of the 3rd world quienceañeras mark the day on which many young ladies get to do "adult" things for the first time like pluck her eyebrows, shave her legs, wear make-up, jewelry and high-heels. Regardless of the particulars, this celebration is meant to be a crucial time in the life of young Hispanic women.  While society invites youth to gang membership, drug and alcohol abuse, and irresponsible sexual behavior, the Church offers girls the opportunity to reaffirm their beliefs, make a commitment to their faith, and present themselves as dignified Christian women who are ready to take a mature role in the Catholic community.

Katelyn welcomed this opportunity.  She stood before the congregation proudly declaring her commitment to live as Jesus teaches and announced her desire to be pure until her wedding day. At the end of the ceremony she petitioned Our Lady for constant intercession and fervent prayer, knowing that these upcoming years are going to be a real challenge.  Katelyn felt honored to be able to share her special day with the other young ladies in San Hilarion who desperately need a good example to follow.  Her friends affirmed her and thanked her for giving them the courage they need to combat the pressures in society to live as the world teaches. 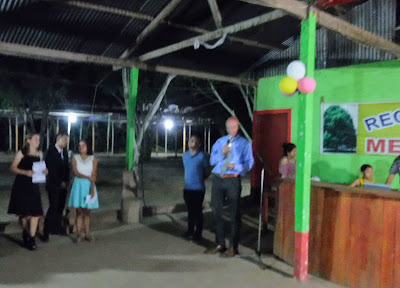 After Mass Katelyn had a small party in "The Tambo", which is an open grass hut of sorts in San Hilarion.

Chris and Anna gave beautiful speeches honoring Katelyn and pledging their support as she lives out the promises she made. 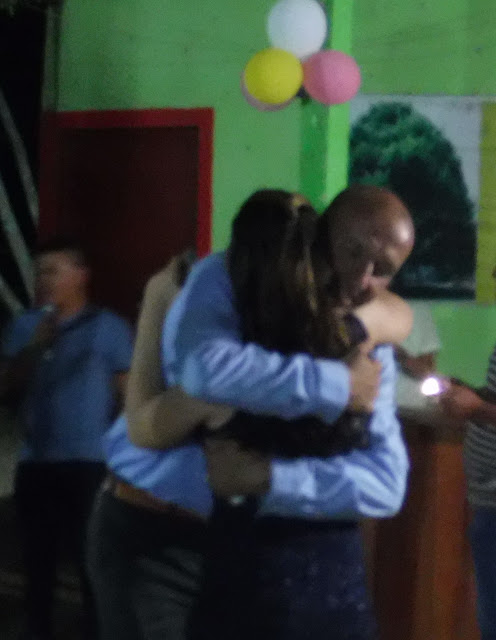 This was a really special time for Katelyn and her daddy!! 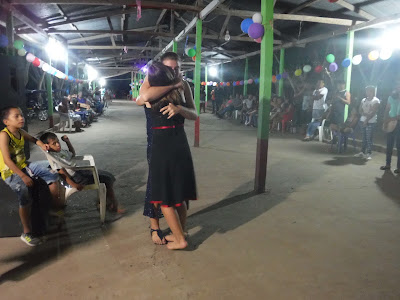 It was wonderful for her and Anna as well!!

Michael and Jack were happy to just hang out with their best friends Carlos and Roberto. 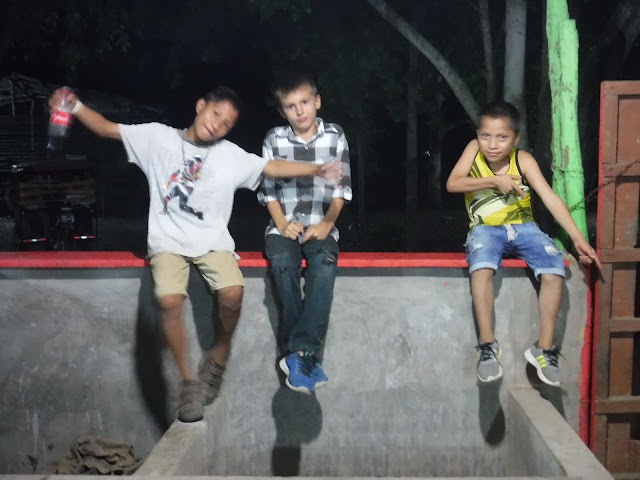 Of all the guests that helped us celebrate, Katelyn was most excited about our FMC missionary friends Andy, John Paul and Miguel.

You know, when Jesus called us into missions He promised to give us everything that we would need.  Not only has that included food, clothing and shelter, but "family" as well.

Although Katelyn's quienceañera wasn't extravagant by any stretch of the imagination, it was exactly what she had hoped for: simple, genuine and filled with friends. 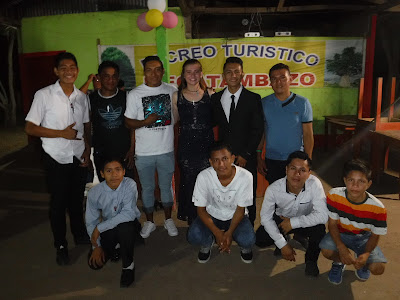 We've said time and time again that our kids are the best missionaries.  Katelyn proved that to be true as she selflessly used her own birthday celebration to minister to the teens in San Hilarion. 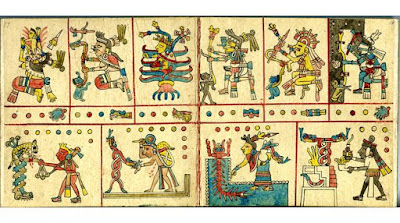 The Aztecs understood that the future of their tribe depended on their young women.  Although I lack information about what particular attributes they desired, I believe Katelyn would have exceeded their expectations.  She is an incredible young lady and will contribute immeasurably to the future of every tribe with which she associates.

If the Holy Spirit in nudging you to support us financially so that we can continue serving those that the Lord calls us to serve, please visit either: