"Michael, tell your brother we're getting ready to start
praise and worship."

"Where's Jack?  Mass is about to start."

These last three years I feel like I've spent an inordinate amount of time summonsing Jack to participate in whatever mission-related activity we're doing.  After arriving, more or less on time, he scopes out the situation to determine where he could sit to minimize the chances of actually having to do anything.  Unwilling to force him to broadcast his love for the Lord, I've met him where he's at and have tried to give him the space he needs...but it's hard!


When Jack and I talk about his relationship with Jesus he assures me that "everything is fine Mom", but deep down I've wondered what's really going on inside that 11 year-old boy's mind.  A couple weeks ago Jack did a writing assignment for school that gave me some insight that I thought you might enjoy as well.


Each week the kids in his class are required to write their teacher a letter which includes some of their thoughts on the current topic of study.  Here is the letter Jack wrote:

I liked learning about the European explorers this week.  The thing that was most interesting is how Marco Polo inspired the other Europeans to explore Asia. They found riches such as spices, ceramics and leather.  These things did not exist in Europe in the 1400s so that is why people wanted them.

When we read about the Europeans' challenges at sea it seemed obvious that some of their problems were malnourishment, getting lost at sea, lack of food, storms, strikes of the crew and such.  Taking all these risks was definitely worth it to spread the Catholic faith, but not just to get rich and have power.

When we went into missions I had to give all my material goods away.  I learned that material goods come and go and it doesn't matter.  It's definitely not worth risking my life just to get some fancy stuff.

When I was in Peru, I missed my family and friends like the explorers did when they were at sea.  I am excited that my friends from Michigan are coming for Thanksgiving.
Sincerely, Jack 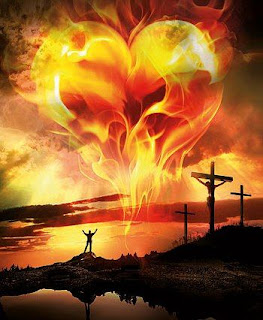 After reading Jack's letter I felt a flood of relief in my heart.  "He gets it!" I said to myself, "He really gets it!"  After congratulating Jack on a job well done I explained to him that lots of kids don't understand how he can be happy living in poverty.  I asked him if he would be willing to share his thoughts for others.

"First of all, you shouldn't be connected to materials things because they break, get lost, stolen or whatever and so it's not worth it.  In Peru I didn't have very many toys, but sometimes the toys that I did have would get stolen by the kids in the neighborhood because they didn't have any toys at all and were jealous.  And then the other kids would be mean to them because they stole from us.  This made me feel really sad for the kids that stole the stuff because they would be bullied by the other kids.  I guess I felt sad for all of them because they were all being really nasty to each other just because of some stuff."

"After my stuff got stolen sometimes I would feel greedy, like I didn't want anyone to come in our house or I didn't want to share anything with anyone because I was mad at them.  I would think a lot about what I wanted my parents to buy me to replace the thing that got stolen.  Sometimes they would buy me a toy to replace the one that someone took, but sometimes they didn't.  When I was thinking a lot about my toys I would be sad and not be a great missionary.  For example, I would always want to stay home and not go to the activities my parents wanted to go to.  Sometimes I would yell at the little kids that stole my stuff even though they didn't deserve that because they don't have anything and they don't know any better because they've never gone to school.  Either way I was mean to them sometimes and that is definitely not what Jesus wants!"

Jack said, "A lot of times when you are too focused on things you don't spend time with other people - sometimes materials things can separate you from family members, which is terrible. It's better to spend time with people than to just sit around spending time with stuff."

"Some people talk about wanting to be rich.  They want to be rich because they want to have a lot of things.  I don't really understand this because material things just ruin people's lives - for real!!!  The kids in Peru play with junk and they are happy because they have great imaginations.  And they don't worry about other kids stealing their "junk" as I would call it if I never went to PERU.  So their "toys" were better than mine because they made them happy - for real.  I use to want a lot of stuff, but now I know that I don't need stuff to be happy.  It makes me happy when people love Jesus because when people really know Jesus they are nice to each other and that's all that really matters."


Over the last four years countless people have said to Chris and me, "How do you think this is affecting your kids?"  To be honest, I don't know for sure, but when I hear my 11 year-old say that risking one's life to spread the Gospel is definitely worth it and that "when people really know Jesus they are nice to each other and that's all that really matters." it makes me think it might not be all bad.  I feel thankful for the grace I've received to meet Jack where he's at....because it seems like a really awesome place!!!

If the Holy Spirit in nudging you to support us financially so that we can continue serving all those that the Lord calls us to serve, please either: