The eyes of the world see Juarez, Mexico as nothing more than a cesspool of violence, political corruption, and drug trafficking. However, a mere glance below the surface allows one to understand things a bit differently. There are 1.3 million people trying to survive in the desert where water is often unavailable for months on end and fresh food is albeit nonexistent. Education is insufficient and employment opportunities are often fought over. The cartel is exponentially more powerful than the local authorities; they make the rules and penalizes harshly anyone unwilling to play along.  Drugs, alcohol, and soccer are people's only chance to escape the painful reality of their existence.

It is in this very dark place that we saw Jesus reveal Himself as hope to the hopeless. 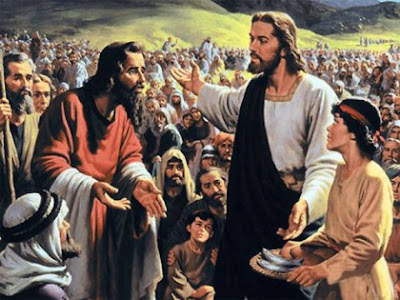 In the Bible, we read about how Jesus multiplied a basketful of bread and fish to feed thousands.

Jesus encouraged His disciples to pray for miracles and assured them that their prayers would be answered when made in faith.  As we read about the disciples' missionary travels in the New Testament, we see that Jesus' promises are true. 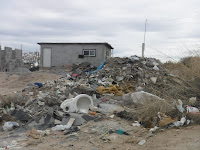 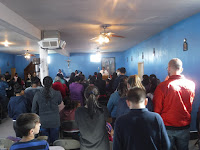 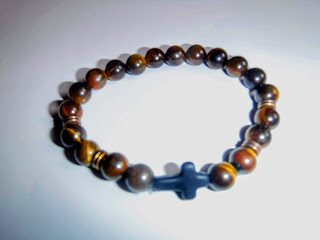 Amidst a collection of cement block houses built atop a buried garbage dump there lies a beautiful little chapel where the community members gather for Holy Mass, fellowship and faith formation.


In February, when we went to Las Alitas one Saturday, we brought with us a bag of 75 beautiful cross bracelets that had been donated by a friend, who intended for us to share them with the folks in Mexico. I gave the bag of bracelets to the priest, asked him to bless them and then distribute them at the end of Mass.  He was delighted by the generous donation and was happy to be able to share them with the community members.

At the end of Mass, as promised, Father Fran spoke about the importance of praying unceasingly.  As he held up one of the bracelets he encouraged folks to use the beads to think of 20 things they're thankful for OR 20 people they'd like to lift up to the Lord in prayer OR recall 20 sacrifices they've made for others as an offering to Jesus. 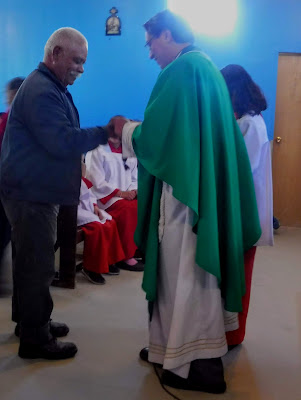 As he held up the bag of bracelets, Father pointed out: "Obviously there aren't enough for everyone".  Therefore, he said that he would invite groups of people up to receive them until they were gone, starting with the seniors.

About 25 people slowly arose and made their way to the front of the church.  Father gave each person a beautiful blessing and then slid the bracelet onto his/her wrist.


Next, he invited all of the mothers up to receive a bracelet and spoke about the importance of a mother's prayers.  There were at least 20 women in line.

Next, were the fathers.  About 8 men lined up and graciously received the gift.


As Father passed out the bracelets I could see that the inventory in the bag was diminishing....but there were still so many people who would be blessed to have such a beautiful prayer tool. 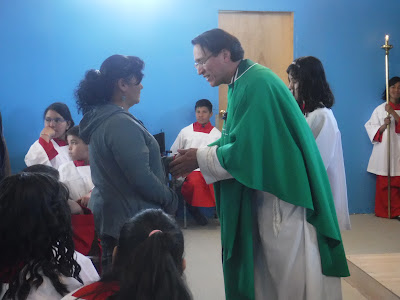 Fr. Fran glanced into the bag and announced that there were about 15 bracelets left.  He asked if there were any more adults that hadn't yet received one.  About a dozen people approached the altar. 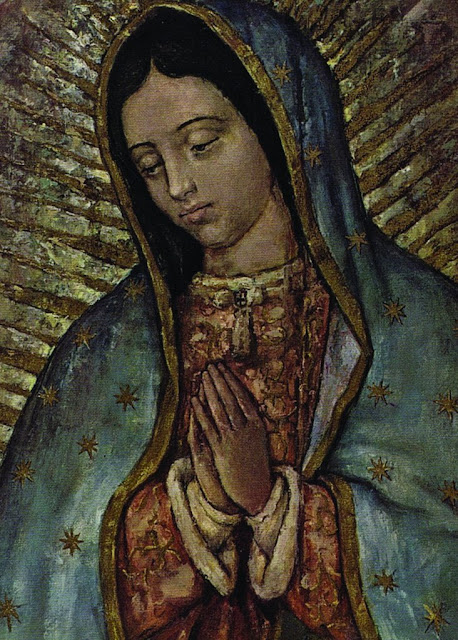 I fell to my knees and begged Our Lady of Guadalupe for her intercession.

Mary's only desire is to lead people to her son. I believed without a doubt that these bracelets would remind people to pray, and thus draw them closer to Jesus. They would remind folks that they are not alone; they are part of the world church and although some of their brothers and sisters in Christ are very far away, they still love them.

As I thought about how these bracelets could draw people closer to Jesus, I continued to beg Mary to petition Our Lord, just like she did at the wedding feast of Cana, for a miracle of multiplication. 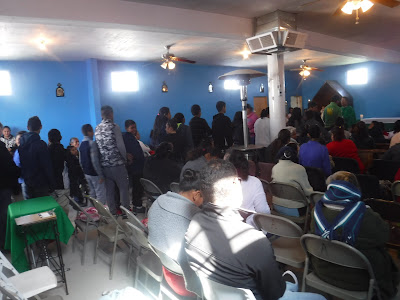 After distributing bracelets to all of the adults Father looked in the bag and announced that there were about 15 left.  He seemed a bit surprised but continued to invite all of the teens up. A line of about 30 kids formed instantly.

After all the teens had received bracelets, Father held up the bag and announced with a huge smile that there appeared to be about 15 bracelets left. He then asked the kids, ages 9-12 to come up.  The kids ran because they could see that there weren't many bracelets left and the line extended out the doors of the church.  At this point, Father could not deny the miracle that was happening right before our eyes.  He laughed, held up the bag, and announced that by the grace of God there were about 15 bracelets left.  He invited all the small children to come up, at which point about 30 kids got in line.

After all of them had bracelets, Father looked in the bag and announced ONCE AGAIN that it appeared as though there were about 15 left.  He kept laughing and shaking his head.  Then he finally said to the group, "Sometimes Jesus multiplies food, other times he multiplies bracelets."  Everyone looked around in awe.  Father then asked one of the community leaders about the women who were gone that weekend on retreat.  He wanted to make sure that they too received bracelets.  The woman and her friend counted together, on their fingers, the number of women that were absent.  The woman's eyes got really big as she said, "Father, we think that there are 15 women on retreat this weekend."  His eyes welled with crocodile sized tears and he said, "Let's give Jesus a round of applause!  The whole room erupted in joyful laughter and clapping.  Still, on my knees, I was sobbing and could only say, "Thank you, Jesus!!  Thank you, Mama Mary!!  Thank you, Jesus!!  Thank you, Mama Mary!!"

Thank you, Jesus, for revealing Yourself in such a simple and yet undeniably powerful way, that those feeling overcome by the darkness could see Your light and feel Your love.

If the Holy Spirit in nudging you to support us financially so that we can
continue serving those in most need, please visit either:

Thank you and God Bless!
In HIM, Karen Carmody