When something is important to me I often find myself talking about it repeatedly.  It seems that the same was true for Jesus.  Did you know that the bible has over 100 references to serving the poor and an additional 200 that address the importance of social justice, which often affects the poor?

Even though Jesus specifically tells us to take care of the poor, it can be difficult for one to know exactly what to do to be helpful given his/her particular circumstances.

Earlier this year a friend of ours here in Mikinduri (let's call him Al) asked us to help him host a Christmas party.  Inspired by chapter 14 of Luke's gospel, he wanted to "invite the poor, the crippled, the lame, and the blind", those that he knew could never repay him.  Al is personally aware of hundreds of elderly and/or disabled in our town who are living without the basics that many here take for granted: oil, flour, rice, laundry soap, clothes and shoes.

When we were talking to Al, he said, "You know, lots of us around here eat chapati two, three or even four times a week.  Isn't it terrible that some families don't ever have it because they can't afford to buy the flour, salt, and oil?"  I want every family here in Mikinduri to be able to enjoy chapati this Christmas!

And so the planning began... 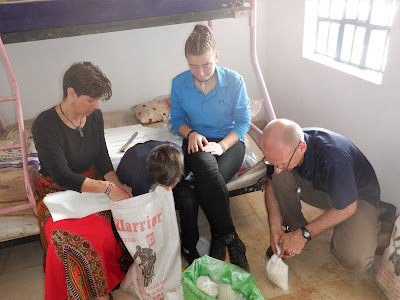 Research was done to determine where these food staples could be purchased at wholesale prices and arrangements for delivery were made.

The sacks were divided up into family-sized portions and set aside for the big day. 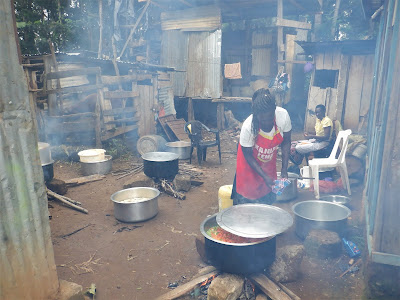 In addition to giving folks the food supplies that they would need to prepare a nice meal for Christmas, our friend also wanted to serve them something special to help us celebrate Jesus' birth.  So, he butchered one of his cows and hired a few local women to cook a delicious vegetable beef stew.  They also prepared boiled corn, rice, cabbage salad and a few other tasty side dishes. 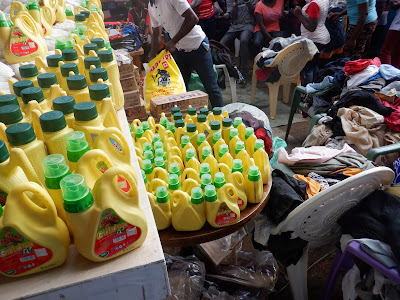 On the morning of Christmas Eve we helped to arrange all of the gifts so that they were ready to distribute. 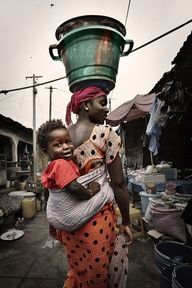 In addition to the food items, hundreds and hundreds of high quality lesos were purchased for the women who would attend this gala.

A leso is a large rectangular piece of fabric that African women use to carry anything and everything on their backs... 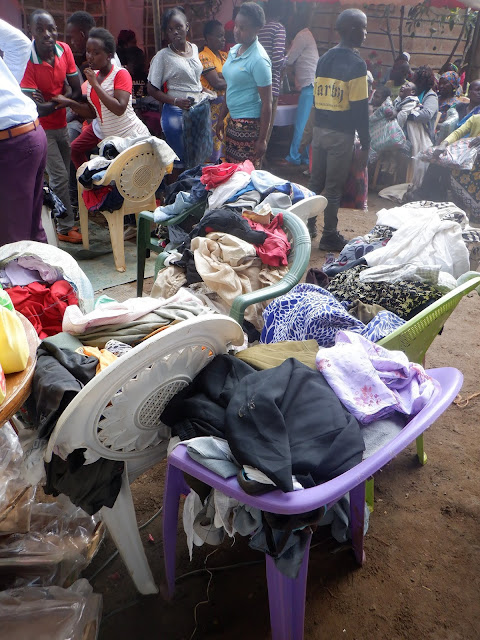 In addition to all of the special items that were purchased to give away as gifts, there were also many bags of clothes donated by folks in the community.

Since those facilitating the event personally knew most all of the guests they were able to select items that they knew would bless particular people, which was beautiful! 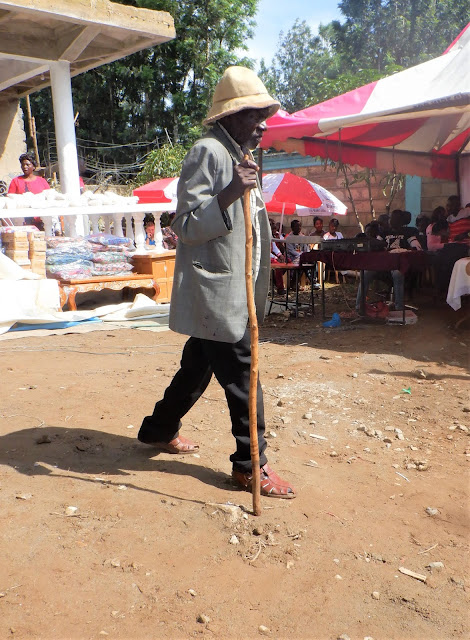 As people arrived and slowly made their way into Al's backyard... 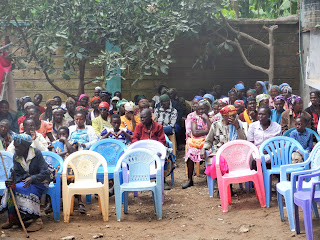 ...the women were seated downstairs... 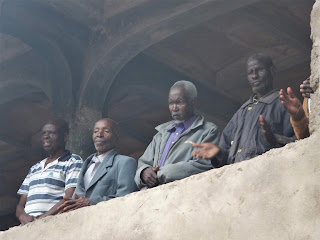 ...and the men were led to an upstairs balcony.

It is the culture here in Kenya that men and women sit separately during social functions, even married couples and siblings.

After a couple hundred people arrived a woman led the group in song; they sang Christmas carols in Kimeru, which is the tribal language of our area.  It brought me so, so much joy to watch everyone sway back and forth, stomp their feet, wave their hands in the air, and bellow out their praises to Jesus. 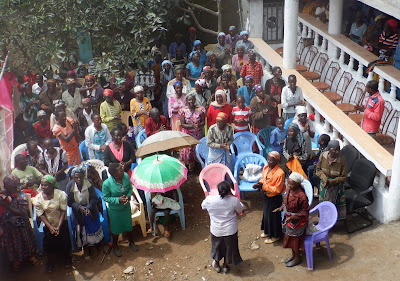 To hear a sample of one of the songs they sang, click on the following link:

When all the seats were filled our friend addressed the group thanking them for coming and explaining to them how much it meant to him to have all of them at his house for Christmas.  He encouraged them to feel at home and explained a bit about what the day would entail.  The crowd was full of smiles! 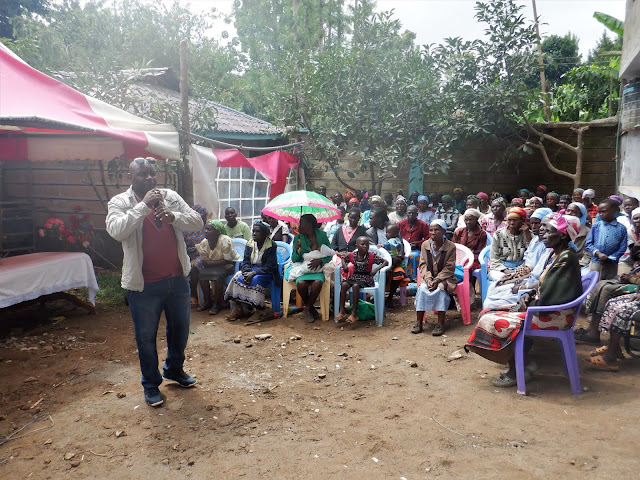 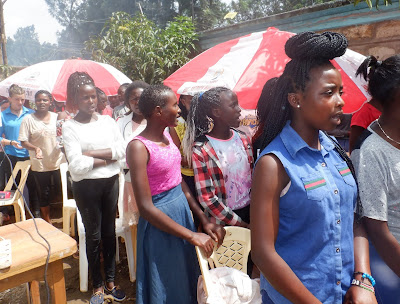 As we all waited for the priest to arrive, the youth group entertained us with their beautiful Christmas carols in Swahili.

Katelyn and Anna joined in, but insisted on standing in the back so that nobody could tell that they didn't know all of the words. 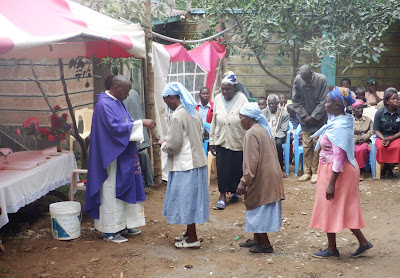 When the priest arrived he celebrated Holy Mass, which made the gathering extra special!


After Mass everyone really, really enjoyed the delicious Christmas dinner that had been prepared by the local ladies. 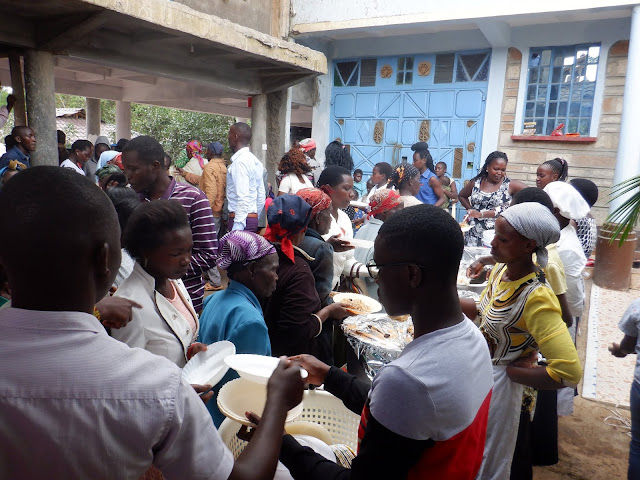 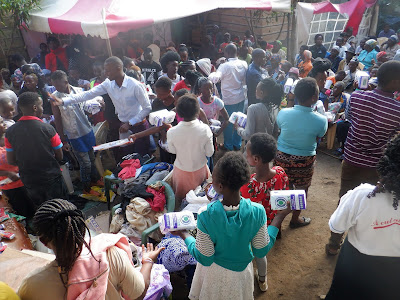 Next, it was time to pass out the gifts.

We began with the food staples.  Each person received a kilo of flour, a kilo of rice, and a kilo of oil. 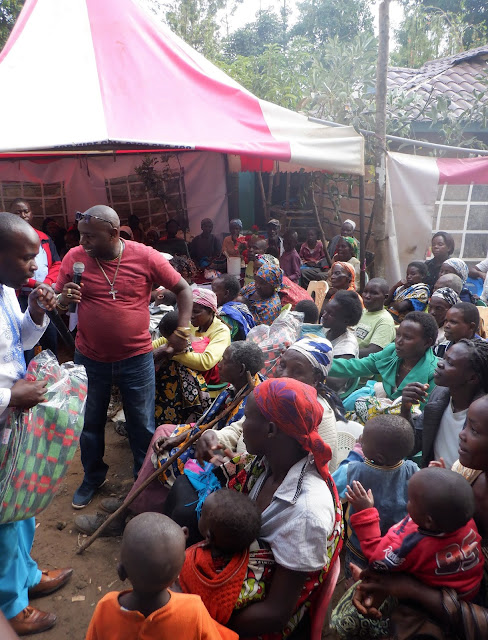 Then, each person was given a large bar of soap for washing clothes, as well as a leso.

After everyone's bellies were full and they had their gifts, the guests were gathered together one last time so that our friend could wish them a merry Christmas and thank them for coming.  They left in the early afternoon. 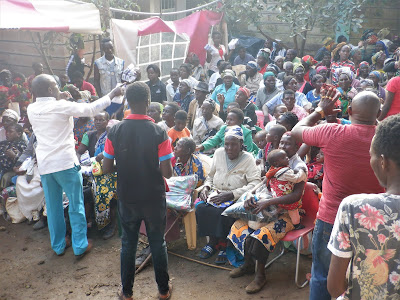 Around 4pm a second wave of guests arrived and the celebration was recreated; albeit Holy Mass because the priest had other obligations to attend to.

Around 7:30pm the gates of our friend's compound were closed and locked so that he could enjoy Christmas Eve with his family.

The next day, on Christmas morning, about 200 more people arrived at our friend's house asking if he had anything left.  He divided up what he had and made sure that everyone got something special.  The day after Christmas there were some last stragglers, so Al went out and bought more gifts to make sure that their Christmas was nice too.  When we talked to Al around December 28th he said that his final estimation was that more than 600 people felt Jesus' love through the collective effots of all that helped to make this amazing event possible....which includes every member of Team Carmody!!

You know, it can be difficult for people to know how best to help the poor; however, I praise and thank God for giving us (meaning everyone on Team Carmody) the opportunity to serve those so desperately in need this Christmas through our new friend here in Mikinduri.

I hope and pray that you had a wonderfully blessed Christmas and that the love, peace and joy of Jesus will continue to flow out of your hearts to every person you meet....especially the poor!