Why Are You Going Nowhere? 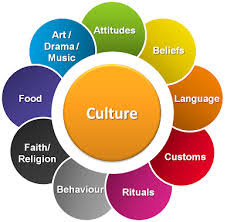 According to Wikipedia,
culture is

"an umbrella term which encompasses the social behavior and norms found in human societies, as well as the knowledge, beliefs, arts, laws, customs, capabilities and habits of the individuals in these groups."


As we get adjusted to each new place we're faced with the challenge of assessing the culture to determine which aspects we should adopt and which we should avoid.

For example, the people here in Kenya eat a lot of ugali.  Although it took some getting used to, our family eats ugali which makes the locals very, very happy. 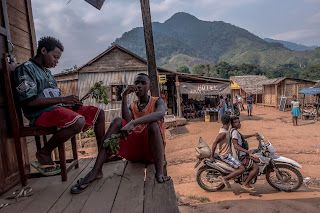 The folks in our part of Kenya take a lot of miraa, a locally grown drug.  Despite the daily pressure to partake of this tradition, our family repeatedly declines, which the people just can't understand.  "It's not a drug," they tell us, "it's just a plant - it's a gift from God!"


Often times the culture in a given place is viewed differently from the inside than it is from the outside.  A good example of this is the local practice of female circumcision, which many of the men in our area believe is both necessary and just.


When we remind them that the rest of the world refers to this horrific act as "female genital mutilation" (FGM) they shrug their shoulders and tell us that outsiders just can't understand.


When I was out walking one day I was stopped by a local man who had taken notice of my morning routine.  He felt very strongly about sharing his opinions and believed that I would change my ways after seeing things from his perspective.  I now know that he cares about me and is concerned about my well-being, but that was not immediately obvious.

Here's a rough outline of our conversation as best as I can remember:
Man: Good morning.
Karen: Good morning.
Man: Where are you going?  I see you walk this way almost every day.  Where do you go?
Karen: Nowhere really.  I just walk while I'm praying.
Man: Why don't you stay home and pray?
Karen: Because walking is good exercise and I can do both at the same time.
Man: You're wasting your energy.
Karen: What do you mean?
Man: You're wasting energy doing nothing and going nowhere. You should stay home.
Karen: (I laughed, grabbed the fat on my leg, and said...) I have stored energy that I'd like to use up; that's why I'm walking.
Man: That's terrible. You're thinking is bad. If you lose the extra, you won't have any for when the hard times come.  Then, you'll die.  Don't you know that when we're in "good times" and there is extra food you need to eat a lot so that you have extra for when the hard times come?  You never know when the hard times will come.
Karen: I see what you're saying.
Man: (assertively, he says...) So, go home.  You can pray there without wasting energy.
Karen: I would like to keep walking.  I feel healthy when I walk.
Man: (becoming frustrated) Why don't you understand what I'm saying?
Karen: I know it's strange to you, but it's important to me.  I feel good when I exercise.
Man: (scowling and visibly upset he says...) Why don't you do something with all this extra energy you have?  Look around!  (pointing at the nearby homesteads he says...)  There is so much work to be done.  Everybody has so much work to do and they don't even have enough energy to do it all.... and here you are wasting energy by walking nowhere to go and do nothing.  It's bad.  It's very bad!!
Karen: I understand what you're saying.
Man: (shaking his head angrily he says...) Go home!  Just go home!
Karen:  (As I turned to walk away from the man I smiled and said...) I will in just a little while, don't worry!
Man: (grumbling in Kimeru he stood there staring at me)
Karen: (After reaching the river I turned around and went home just like I usually did.  When I passed the angry man's house I saw him sitting on a bench by the front door.  He scowled at me and shook his head.  I smiled gently, nodded, and continued on my way.)

Later that day when a Kenyan friend asked about my day, I explained my encounter with the man on the road.  My friend affirmed the man's thinking and explained how the locals view weight, as well as its loss and gain.  He said that, here in Kenya, weight is a reflection of social status and economic well-being. 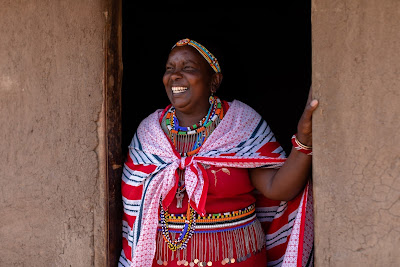 The thinking is that heavy people are wealthy because they have the money to buy a lot of food and/or they have large plots of land on which lots of food is grown.  Also, wealthy people don't have to labor for themselves because they can afford to pay others to do their work for them.  He explained that wealthy people don't need to walk places, but instead are driven.  Also, when wealthy people get sick they can afford medical help, unlike the poor who become skinny and frail as the sickness takes over their bodies. 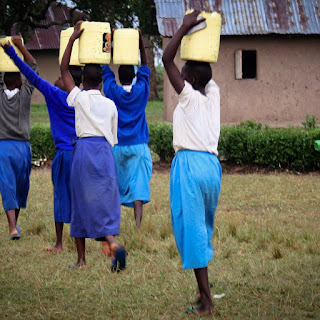 My friend explained that Kenyan men prefer their women to be heavy because it shows that they are well cared for, unlike skinny women who presumably have insufficient food in the home, must walk long distances, and do much physical labor.  After this surprising explanation, my friend continued by telling me that he too thought I should stop walking because if I lost weight the people of the community would start to worry.

I tried to explain how people "in my place" view weight, but he didn't seem to understand.  He just shook his head and said, "I pray that hard times don't come because the people in your place will really suffer!"

As my friend walked away I realized a hard truth...and my eyes began to well with tears.... there is a world of difference between someone who has spent his entire life worrying about the survival of his family and someone who wants to feel healthy....so much so that it can be difficult for them to understand one another.   I begged the Lord for the grace I need to always keep my heart and mind open so that I can learn as much as possible about the people He calls us to serve.  I'm learning more and more about how a given culture shapes its people, and how those people in turn create the culture.

Albert Einstein is known for saying:

He continues by saying, "The more I realize I don't know, the more I want to learn."

In each new place we're called to serve there is so much to learn as we try to understand the people by understanding their culture: social behavior and norms, as well as the common the knowledge, beliefs, arts, laws, customs, capabilities and habits of the individuals in these groups.  I humbly ask for continued prayers as we do our best to bring Jesus' love to the people of Kenya.