What is a Woman Worth in Kenya? by Katelyn

Some of the rights and privileges that I'm used to having as a female American citizen are not valued in many other places in the world.  Here in Kenya women are not viewed with respect or worth.  They are not seen as being intelligent, ambitious or knowledgeable about the outside world. 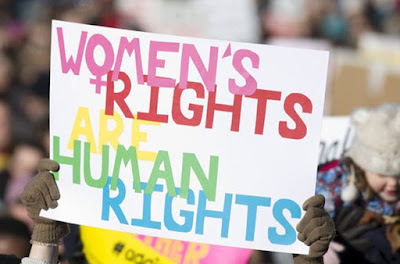 Women are only appreciated for their physical beauty, potential for being good wives, and ability to bear children.  I believe that this perspective comes from the traditional ways of living in which women were just a means to an end. 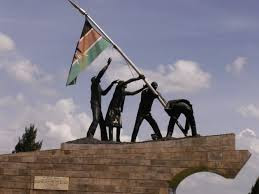 Kenya gained its independence in 1963, which is relatively recent.  After they broke away from Great Britain they started working to figure out what type of country they wanted to be.  As they did this they began incorporating aspects of the the western mentality into their way of life; however, this did not include equal rights for women.  The majority of society remembers the way things were before the introduction of western thought and they are working hard to hold on to those ideals.

Here in Kenya I'm surrounded by people who hold very different marital values than those I have grown up with.  I was raised to believe that women and men are equal and that marriage is a union of two individuals who loved each other.  Here, it's really sad because women are told from the time they are small that they aren't worth anything on their own.  Their worth comes from being a good wife and mother.

In most parts of the world marriage is about mutual feelings of love and respect...

...but here it's all about money.  Many parents are only concerned about what they'll get in exchange for their daughter when her future husband pays his dowry.

Historically, here in Africa, dowries were paid in goats and cows or in manual labor. 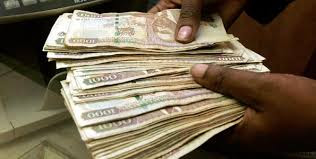 In modern day the price is negotiated in money and beneficial business deals. Most bride prices are paid off for many years to come or maybe even a lifetime because of the height of the price. Some of the things that are factored in when determining the bride price are her health records (an extensive medical examination is often done), level of education, social habits which include her history of consumption and experience with former partners. 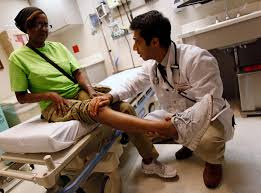 The future husband and his family consider her domestic household abilities (cooking, laundry, and cleaning), and of course her physical appearance.  The status of each of these factors makes the price go up or down.  As a bare minimum, the bride price has to match what her parents paid for her education from kindergarten all the way through graduation from secondary school, but most of the time it is at least double that amount. Keeping in mind that free education isn't really a thing here, you can imagine that the bride price ends up being really high.  For a more thorough explanation of how a proper bride price is reached, click here.

Since women are bought and sold like cows or cars, the men in this society continue to view them as property - and they treat them like property, which is terrible. 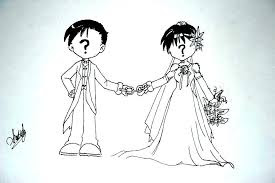 I mentioned that marriage is really nothing more than a business deal between families, so you can imagine that many marriages are arranged.  Arranged marriages are normally agreements made by the parents of the children long before they are of marrying age and are established because the families believed them to be mutually beneficial.  As I mentioned, Kenya has been adopting many western ideas, but even so, at the beginning of the 21st century the number of arranged marriages was still insanely high.  Thankfully, with the help of television, radio stations, books and of course the Internet, kids are starting to see that there is another option which includes real love.  The young adults are beginning to resent their parents for forcing them to be married to someone they don't know or love, which seems like the beginning of a real change. 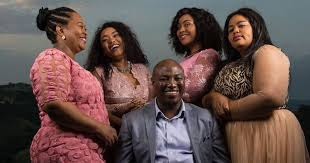 Polygamy is the practice of being married to 2 or more spouses at the same time.  Here in Kenya it is very common for men to have wives and families in many different towns.  Usually the wives know of each other but don't necessarily know the other(s) personally.  It seems like men are proud of having multiple wives because it shows that they have a lot of money; therefore they make it a point of showing off that fact.  In some areas the multiple wives all live together, which is crazy.  There can be as many as four or five wives and their children living in the same compound, but just in separate houses.

Arranged marriages and polygamy are two of the traditions which degrade women, but another one that is totally atrocious is FGM (female genital mutilation).  It is a brutal and horribly harmful way of demeaning women in this culture.  For an explanation of what FGM is click here. 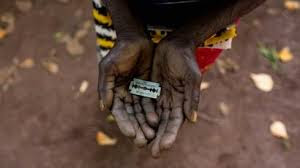 FGM was made illegal in 2011 but that definitely doesn't mean that people stopped doing it.  Statistics say that 27.1% of girls here in Kenya still undergo this horrible operation, but I'm sure it's actually way higher.  Since it is now illegal it isn't done by educated surgeons.  It's done by ancient old women in the villages with anything from a sharpened rock to a kitchen knife.  While I was in the public school in Mikinduri our class read a book on FGM which includes its history here in Kenya as well as the effects it has on society.  We held a group discussion and about half of the guys in my class said that it was the right and proper thing to do.  They said that they would only marry a women who had it done, and that they would make sure that their future daughters would have it done too. I took the opportunity to educate my class on the modern day problems with it, the long term effects that it has, as well as the very sad statistics concerning it.  At one point during my presentation I told the guys that if they support FGM that they don't have the right to ever tell a woman that they love her because insisting that women's bodies be mutilated is incompatible with love.  They were shocked.  After I presented my thorough explanation to my class of 50 students, only about 5 still said that they were for it.  It was disheartening to learn that 4 out of those 5 guys have sisters that have all gotten it done.  I'm really glad I was able to share with them what I did and I hope that it helped at least one to respect women more.

Some of the things that I have taken for granted in the United States are the things that really degrade women in this society.  For example, people here called my mom either "Mama Kate" or "Chris' wife", but never "Karen" because these titles signify that her identity is only with the position she holds in our family. 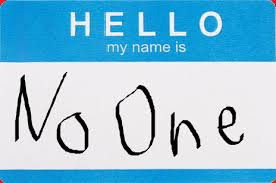 Also, a woman is not allowed to file for divorce.  If she submits divorce papers to the authorities (who are all men), it is deemed improper and never even looked at.  A man's divorce papers however are granted even if it's for a stupid or unjust reason.  Another example is that my dad read that 99% of the rape cases here in Kenya go unreported, which is disgusting. 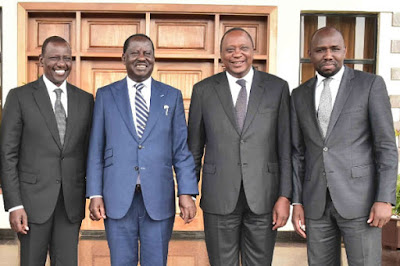 In my opinion, the men who run this country have no real respect for women, even though they say they do because that's what is socially and politically correct.

Kenya is trying hard to become a first world country, but obviously they have a long way to go.  I'm glad that I've been able to spend time here and experience first hand how women are treated, but I'm also glad to be leaving.  I hope that this post has given you a glimpse of  how women are viewed here in Kenya.