Finding a Home in Puerto Rico - by Michael

When we got to Puerto Rico we didn't know where we were going to live so after about a week of being here we decided to go on a three day exploratory trip around the island.

On day #1 I asked my parents if I could be the official cameraman for our trip and they said "yes of course".
The pictures you will see in my blog are some of the ones that I took along the way. 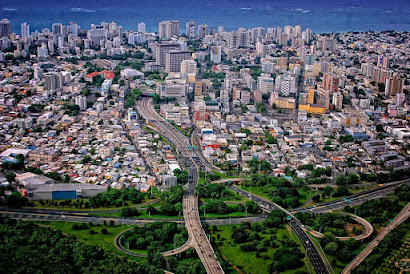 This is a picture of San Juan and it is the capital of Puerto Rico.

We knew that we didn't want to live there because it isn't walkable and we don't have the funds to buy a car because we gave away the truck we had in Kenya to our priest friend Fr. Eric.

After we left the capital we drove west along the coast but most of those areas were really nice and we don't want to live in a place that is really nice so we just kind of drove through.

Barceloneta was the first "MAYBE" because it has good schools with sports and it had a town plaza and it seemed really friendly. 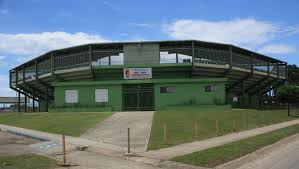 Here's the baseball stadium in Barceloneta.  My dad said that a lot of people in Puerto Rico like to play baseball and some other American sports too which is cool.

After Barceloneta we drove for a while.  The next big place was Arecibo.  It was nice.  There were a lot of fancy cars there that were really cool.  Here is one that I took a picture of: 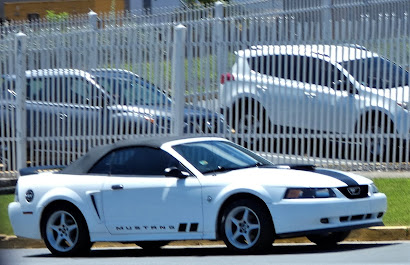 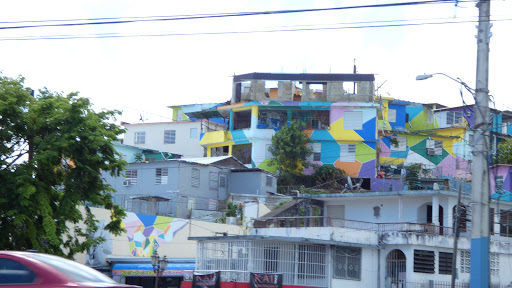 In Arecibo there were colorful houses which were cool but it didn't make us want to live there. 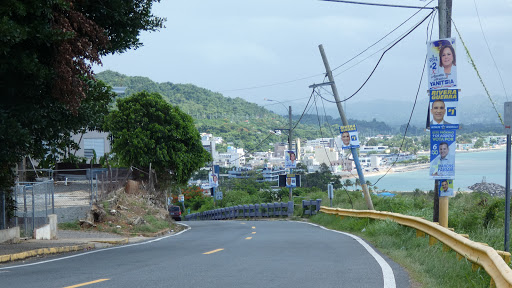 We finally got to the west side of the island and found the town of Aguadilla where our landlord Hector has a house.  I think he is fixing it up to sell or something.  He told us that it was a good town because it wasn't really busy like San Juan. 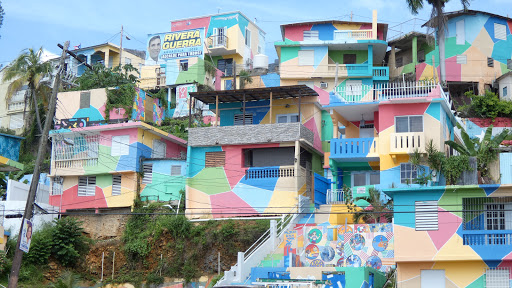 Aguadilla has a part where all the houses are painted different colors.  My mom said that this is her favorite picture that I took. 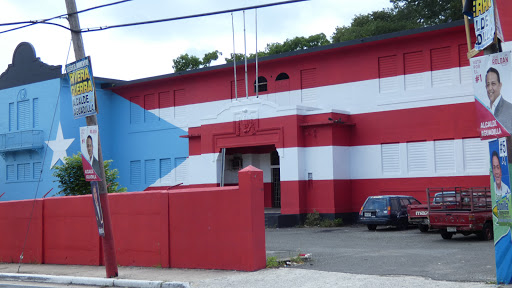 I think this building is really cool.  It's painted like the Puerto Rico flag.
We liked Aguadilla, and made it blue on our map because it was a "MAYBE".
There are parts of it that are nice, but other parts have a lot of graffiti and people told us that there are a lot of drugs there and stuff.  My parents said that there are a lot of bars and that it might not be safe for us to be out at night. 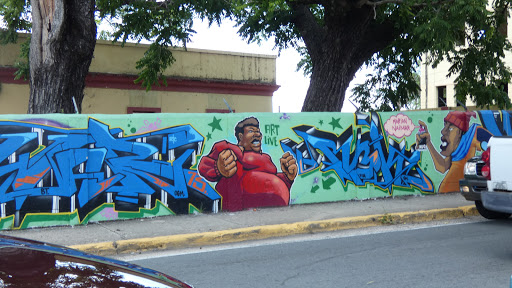 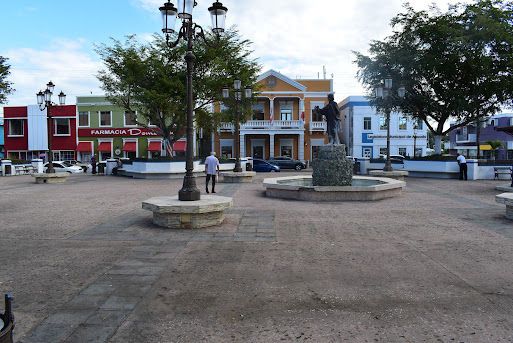 About 10 minutes later we got to a town called Aguada that we really liked a lot.  We drove around the neighborhood and it seemed like a really nice place to live.  Here's a picture of the town plaza which is where the Catholic Church is.

Do you remember that we wanted to live somewhere that has a town plaza?  We marked this one on our map as "MAYBE". 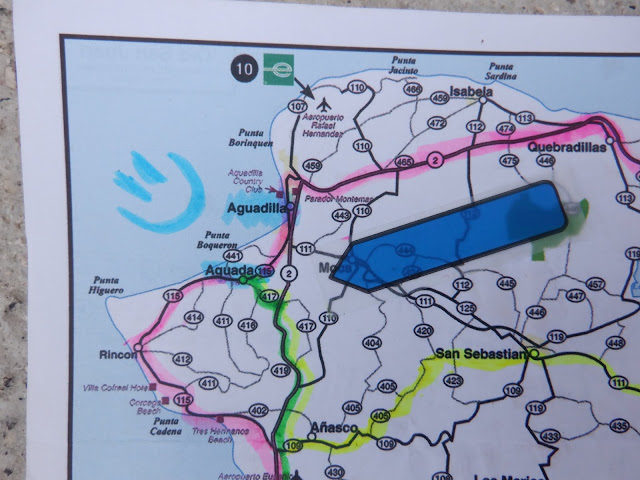 We kept driving around the island and came to an area that my sister said was "creepy desolation" because there weren't any people anywhere there were just empty houses and stuff like in the picture below.  By the water there are factories and other big buildings that are really creeeeepy but I forgot to take any pictures of them. We put a big orange NO on our map! 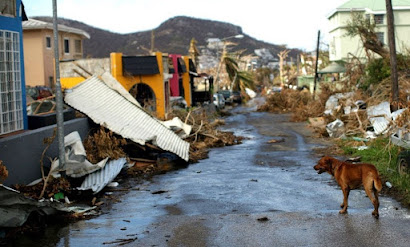 There was a really, really bad hurricane in this area a few years ago and it seems like the people still haven't been able to fix things up.  They definitely need a lot of help, but I don't think this is where God wants us to live. 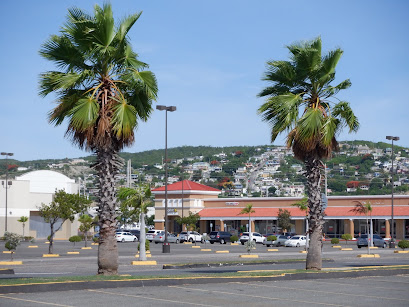 The next big city was Ponce.  Everyone lives on a big hill.  There were poor parts and nicer parts.  We drove through the part that seemed kind of in the middle.  The only stores around were really big ones like Walmart and they were all on a big busy road which means it isn't very walkable.  We put an orange mark on the map which means "no". 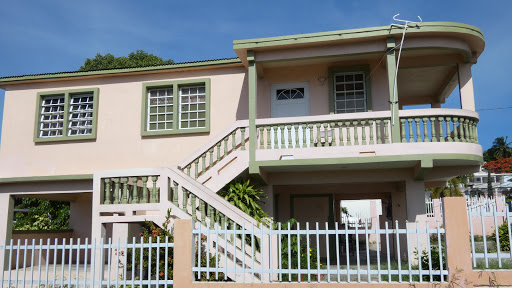 Here is a picture that I took of one of the really rich houses. 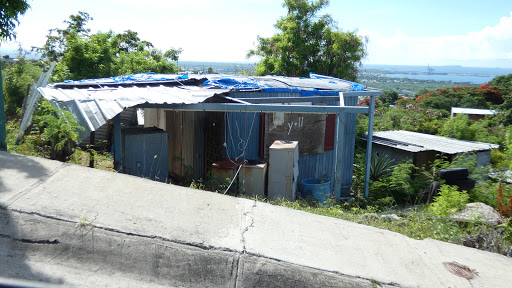 Here's a picture of one of the poor houses. 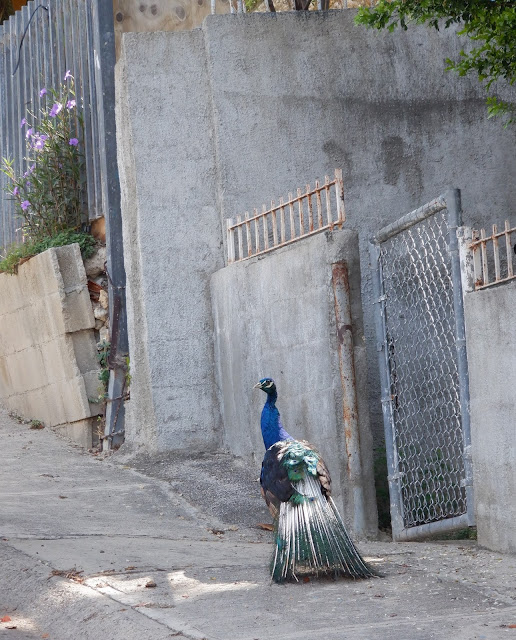 My mom thought it was cool that there were peacocks walking in the street so she jumped out and took a picture.

After Ponce we drove along the southern coast toward the very recommended town of Patillas.  This part was very dry and it didn't have very many towns that seemed like good places to live. 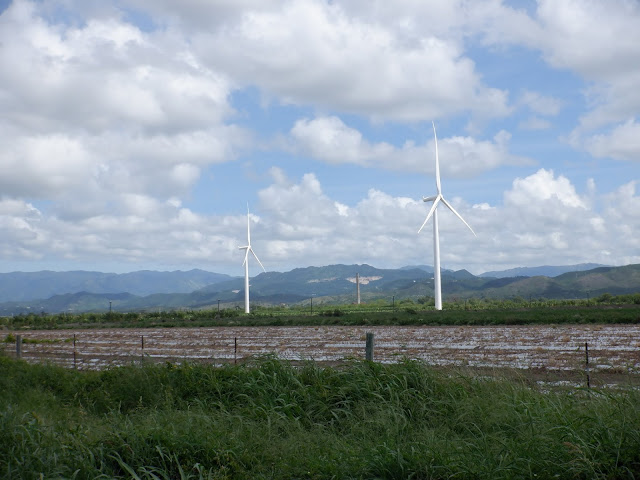 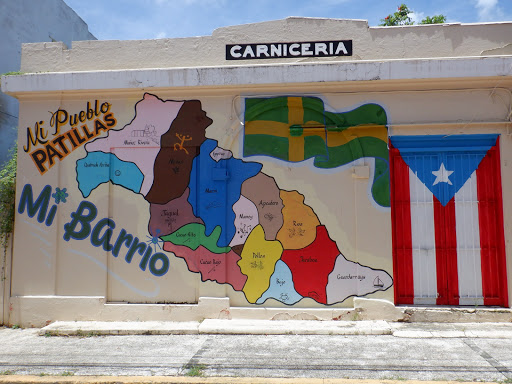 When we got to Patillas it didn't seem as good as what everybody told us it was.

We drove through three of the sections in the bottom part of the county, but it didn't seem very appealing because it seemed like a place a lot of people go for vacation and not really just to live so we decided to turn around and head back toward the western part of the island.

We asked people where the really poor people live and they told us in the middle of the island where there isn't much water and a lot of people don't have electricity.  We thought that maybe we should live there, but people told my parents that there aren't very good schools in those kinds of areas and some of them would be dangerous because the people are so poor. 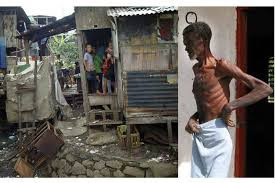 Here are a couple of pictures I found on the Internet of the poor people that live in those kinds of areas. 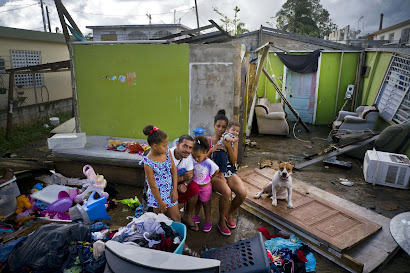 Just because we won't live in a really poor town doesn't mean that we can't still help the people like this.  My mom and dad said that we will organize work projects and stuff after we get settled into our house. 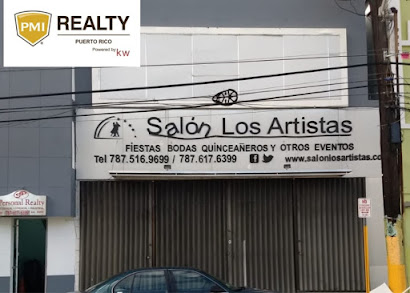 When we got back to Aguada we started driving up and down every single street to see if there was a house that jumped out at us.  My sister Katelyn had the idea for us to live in a place that could also be some sort of youth center for ministry and stuff so we looked in the part where all the stores are too.  Here is an example of the kinds of places we looked at:
We drove around and around and then finally we passed by a yellow house and my mom yelped and said that she thought that was it.  My dad turned around and we all got out to look at it.  It seemed really cool so we called the guy that owns it and made an appointment to see it the next day.  Here's the house: 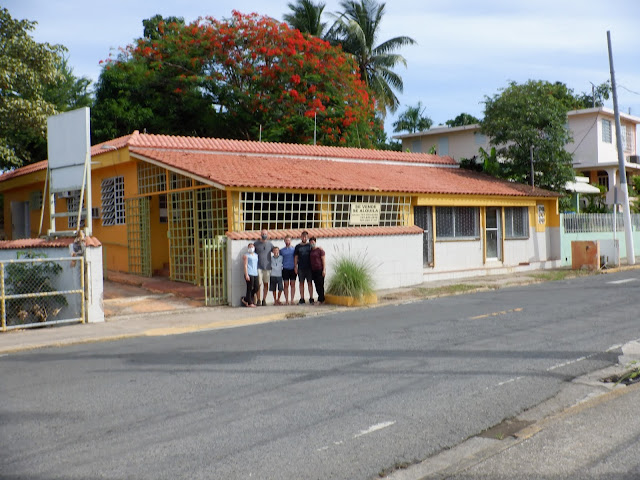 We stayed in Aguada an extra day so that we could meet with the landlord and sign the papers to rent it.  We will move in on September 1st.
I really enjoyed the exploratory trip because it helped us get a good view of all the different towns and parts of the island.  I feel like the house we picked we picked because God led us to it. I like Aguada because it's a really nice town and the people are really welcoming.  I'm really excited to move there!
I hope you enjoyed all my pictures!
Love,
The Carmody Family Cameraman  (Michael)
Labels: home Michael missionary travel spirit-led
Location: Puerto Rico