I remember learning at some point in elementary school that the United States has territories and how the last 2 states to join the union became states.  I have long-since forgotten most of this and it has been interesting learning about it again since arriving in Puerto Rico.  It was 1959 when Alaska and Hawaii became our 49th and 50th states.  Before that, you have to go back to 1912, which is when New Mexico and Arizona became our 47th and 48th states.  Puerto Rico was ceded to the United States in the Treaty of Paris in 1898 as an outcome of the Spanish-American War.  It did not fully develop and get an approved constitution until March of 1953.  The preamble reads as follows:

We, the people of Puerto Rico, in order to organize ourselves politically on a fully democratic basis, to promote the general welfare, and to secure for ourselves and our posterity the complete enjoyment of human rights, placing our trust in Almighty God, do ordain and establish this Constitution for the commonwealth which, in the exercise of our natural rights, we now create within our union with the United States of America.

In so doing, we declare:

The democratic system is fundamental to the life of the Puerto Rican community;

We understand that the democratic system of government is one in which the will of the people is the source of public power, the political order is subordinate to the rights of man, and the free participation of the citizen in collective decisions is assured;

We consider as determining factors in our life our citizenship of the United States of America and our aspiration continually to enrich our democratic heritage in the individual and collective enjoyment of its rights and privileges; our loyalty to the principles of the Federal Constitution; the co-existence in Puerto Rico of the two great cultures of the American Hemisphere; our fervor for education; our faith in justice; our devotion to the courageous, industrious, and peaceful way of life; our fidelity to individual human values above and beyond social position, racial differences, and economic interests; and our hope for a better world based on these principles.

So, in the election tomorrow, Puerto Ricans are going to be asked (again) whether or not they would like to become a state.  This is also an issue for the District of Columbia, Washington D.C. as it falls into the same kind of non-state category.  It can get confusing as Kentucky, Massachusetts, Pennsylvania and Virginia all call themselves commonwealths and not states but they function as states, while Puerto Rico (PR) does not.  If they decide to become a state, there will still be years of back and forth with Washington D.C. and then a final vote in the future, at least that is what happened with Alaska and Hawaii.  There are people that we have met that want PR to become a state, some that want to continue as a territory (or part of the U.S. commonwealth, with Guam, the U.S. Virgin Islands, etc.) and then there are people that want it to be fully independent and no longer a U.S. colony.  We will see what happens in the election tomorrow.  Also, it is interesting the role that Puerto Ricans in the U.S. are playing in swing states such as Florida in the election.  It is definitely an interesting time to be living here.  In case you are wondering what the flag would look like with 51 stars, there are already some proposals out there.  I think this one is the best: 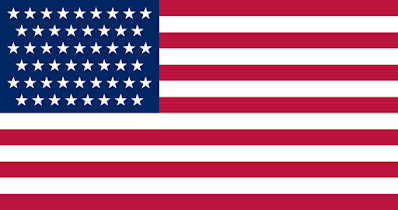 Puerto Rico has a governor, which functions, for the most part, like every other U.S. governor as the executive branch leader of Puerto Rico.  The government is the largest employer with 150,000 employees and has many government-owned companies.  For example, the electricity is still government owned and run as well as the water company.  The president of the Unites States is ultimately the leader of Puerto Rico and although the people of Puerto Rico are considered U.S. citizens, they do not have the right to elect the U.S. president.

Now, the diaspora of Puerto Ricans is quite large and is larger than the population living on the island.  The 2020 census is ongoing but roughly there are about three million people living here in Puerto Rico and another five million or so Puerto Ricans living in the U.S.  Many people departed after hurricane Maria in the fall of 2017.  The biggest states Puerto Ricans have migrated to in the last few years are Florida, Pennsylvania, Texas and New York.   Many of the people send money home to take care of elderly parents and other family members which has recently contributed to the decline in the poverty rate here but it still remains rather high at around 40%.

Puerto Rico has one non-voting representative in our House of Representatives in Washington D.C.  In addition, they have their own house of representatives and senate as well as their own supreme court.  I will be very interested in the election results tomorrow to see how the decision on statehood plays out.  Also, the mayor for our town, as well as the representatives, senators and governor are all on the ballot.  Every night since we arrived, there have been parades of cars and trucks in support of one candidate or the other driving through the streets playing their election songs (custom-made, very catchy tunes) at ear-piercing volume along with tons of lights, flags, bags of candy, posters, fliers, etc. being tossed out to people they pass by.  It has all been a lot to take in.  Here is a video of one passing by our house:

We hope and pray that the election results in what is best for the people of the United States and Puerto Rico.  We pray for the new government officials elected tomorrow will work in defense of all Puerto Ricans, especially the poorest of the poor.  We also pray for an end to all corruption in the government here and in all governments throughout the world.

P.S.  The town we live in is called Aguada and there is a baseball field nearby that had a painting on the side of legendary Detroit Tigers' relief pitcher Guillermo "Willie" Hernandez.  All of us that are old enough to remember the Blessed Boys of 1984, remember his contributions to winning the World Series that year.  He is also notable as that year, he was the third player to win the Cy Young Award, MVP and the World Series title all in the same year, along with Sandy Koufax in 1963 and another Tigers legend, Denny McLain in 1968. 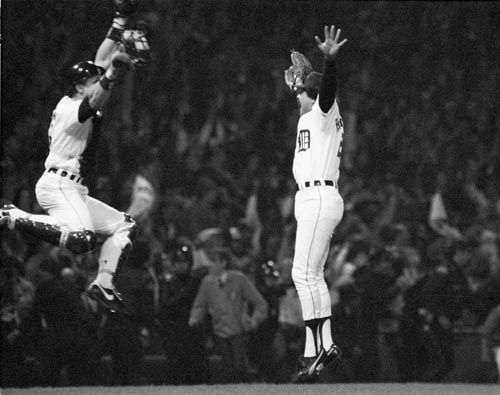