My mom interviewed me about the shower we made for Nelson.  Here are the questions and answers.  I hope you enjoy it.  From, Michael

Q: How did the you get involved in the outdoor shower project?

A: Nelson needed somewhere to bathe because it seems like he hasn't bathed in like a year and he doesn't have any water at his house so there's really no way for him to wash himself.  My mom asked me if I wanted to engineer an outdoor shower.  I wanted to work on my engineering skills and my creativity because I want to be an engineer when I grow up so I agreed.

Q: What were the guidelines that you were given to make this shower?

A: It had to cost less than $100, have four walls for     privacy, be big enough to move around in, and be far   enough away from us that it wouldn't be weird when he was bathing. 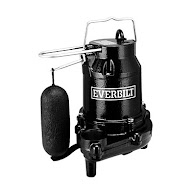 Q: What were some of your initial ideas for this outdoor shower?

A: In the beginning I thought I could make a cinder block platform with sheet metal walls with a spigot coming out of the top.  I thought that the water could come from our faucet outside, connected to a hose but Jack pointed out that there wouldn't be very much water pressure so we'd probably need a water pump.  I started looking online for water pumps, but that was a bust because they were all out of my budget.  I had to start over.  I changed my idea and thought that maybe a place for Nelson to take a bucket bath would be OK.  My mom said it would be OK.

Q: How did you come up with the idea of repurposing the old, unused bathroom behind your house for a shower?

A: When I was trying to figure out another way to make the shower I got the idea to use the bathroom because it would be cheap and easy.  We don't ever use that bathroom.  I don't really know why.  Anyway my mom said that I got to keep any of the $100 that I didn't spend on the shower so I really wanted to figure out how to make this old bathroom work. 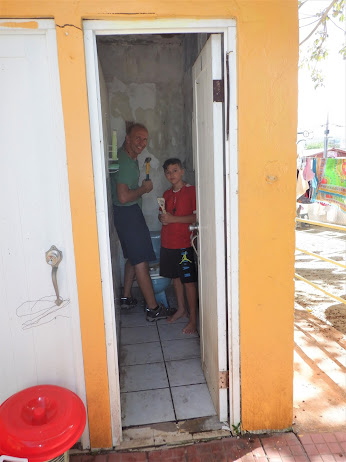 Q: How did you transform the bathroom into a place to shower?

A: Well, it already had water because there was a sink so I thought that we could break the sink down and use the pipe which was going to the sink to fill up a bucket for a bucket bath.  The space was pretty small so I thought that we could put a chair over the toilet so that it was more comfortable for Nelson to sit while he was washing.  Without the sink there is a lot more room.  I also thought that we should put hooks and a shelf so that he could hang his clothes, towel and stuff to wash, like soap and shampoo.

Q: Has Nelson used the shower yet?  If so, how did it go?

A: Yes.  He used it once about a week ago and when he got out he looked like a new man.  He was supposed to come over today, but he never did.  My mom said we're going to go to his house tomorrow to invite him to come bathe again.  I think that if he came over about once a week or so it would be good.

Q: How do you think this project turned out?

A: I feel like I did a good job.  It turned out well and it functions.  The best part is the prize which is cash money.  Since I got really creative I only spent part of the money, so I get to keep the rest.  My mom said that being able to work inside a budget is a good skill for life.   She says lots of things are good skills for life, but this one seems to be really important.

Q: How do you feel about what you did to help the poor?  Do you think other people will use the shower other than Nelson?

A: I feel good because I can do more and more now that it seems like the quarantine is starting to come to an end.  I'm not really sure who will use our new shower space but I hope a lot of people because there are a lot of people here that don't have running water in their house and so they're really dirty.

Q: As an engineer, do you think you'll be able to help people?  How has your life as a missionary helped you develop the skills you'll need as a future engineer?

A: Yes, I do believe I'll be able to help lots of people in need by making things cheaper, simpler and easier to access.  Being a missionary has helped me to be creative in astronomical ways because in missions you don't always have a high budget for things so you have to get creative and figure out how to use what you have.

Thanks for reading my blog about the shower we made for Nelson.