Calling All Grandparents by Karen

Grandparents are special for so many reasons that it would be impossible to list them all.  Companies that make T-shirts, coffee mugs, and greeting cards try to capture the essence of their specialness, but to no avail.  When people have had positive experiences, they often describe their grandparents by recounting favorite memories of special meals together, time spent decorating holiday cookies, taking trips to apple orchards, and learning how to sew or fish.  Personally, I'd say that one of the hardest things about being a foreign missionary is living so far away from my parents.  It breaks my heart to know that my children are missing out on the opportunity to make those special memories. 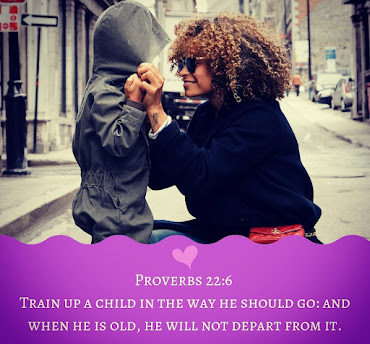 Several months ago, we met a man named Johel, who we've been developing a nice friendship with.  Little by little we learn about his difficult childhood, time spent in prison for other people's bad choices, life on the streets, broken relationships and so much more.  Throughout it all, Johel's grandmother encouraged him and reminded him to always live the way Jesus teaches - even when other people aren't!  In fact, every conversation we have with Johel includes at least one reference to a Bible story that his grandmother taught him.  Johel never learned to read, but he said it didn't matter because his grandma was there to teach him everything a person needs to know to live a happy life.  To that, I say, "Amen!" 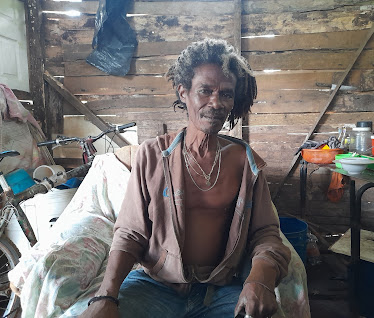 Each time we've left Johel's house I've had the same reoccurring thought that I'm finally realizing I need to share  ~ the greatest gift that grandparents can give their grandkids is an authentic love for the faith.  Johel told us that his grandmother always had her Bible on the countertop next to the stove so that she could reference it whenever something came up.  If somebody stole something, she'd flip to the part where Jesus instructs us to give our cloaks to those who have already stolen our tunics and insisted that Johel prays for the thief.  She used the Bible to teach her grandkids about the importance of being honest and trustworthy, humble and fair.  He said that she'd sing the psalms while she was cooking and cleaning by making up her own melodies.  Every night they were made to kneel by the side of the bed so that they could pray all together.  Johel admits that there were times he got tired of his grandma talking about Jesus so much, but as he grew older he realized what a precious gift she had given him.  Johel was recently diagnosed with the advanced stages of leukemia.  He knows he'll die soon, but has complete peace because he said that he knows that Jesus has prepared a room for him.  Chris and I are working hard to make sure that Johel is baptized before he passes.  He'd also like to receive Jesus in the Eucharist, so we're preparing him for that as well.  Please pray we're able to coordinate everything in time.

During one of our visits, Johel asked, "You know what's wrong with the world today?"  There are so many awful things happening these days that I couldn't even imagine what he was referring to, so I simply responded by saying, "Tell me."  He perked up, pointed his finger off into the distance, and said with conviction, "Grandparents don't teach the grandkids about Jesus no more."  Johel went on to explain the responsibility that grandparents have to share the faith with their kids' kids - not just once in a while, but every time they are together.  "Parents should be teaching the kids about Jesus too, but a lot of times kids don't listen to their parents.  Grandparents have a special relationship with the grandkids.  I don't know why, but kids just listen to grandparents different than they do the parents."  I asked Johel if I could videotape him talking about his grandmother as a way to encourage other grandparents to share their faith with their grandkids.  He agreed.  Following are two video clips of Johel sharing his thoughts.  I pray that you're able to understand him.  He speaks English and Spanish, as well as a local dialect of Creole.  During normal conversation he's able to keep them straight; however, when he gets going telling stories he sometimes forgets and speaks a mixture of all three.  Below the video links, I've captured some of my favorite lines just in case you weren't able to understand him.

We are all called to share the Good News of Jesus' love with others.  What better place to start than in our own families?  I pray that the Lord guides you and gives you the courage you need to be bold and live radically for Him...even within your own families!

Peace be with you, Karen

We'd love to hear from you via email:
carmodyfamilyonmissions@gmail.com
If the Holy Spirit is nudging you to support us financially so that we can continue serving those in need, please visit:
https://www.familymissionscompany.com/project/chris-and-karen-carmody/
or call Family Missions Company at
(337) 893 - 6111.
Thank you and may God bless you and all those
you hold dear to your heart!